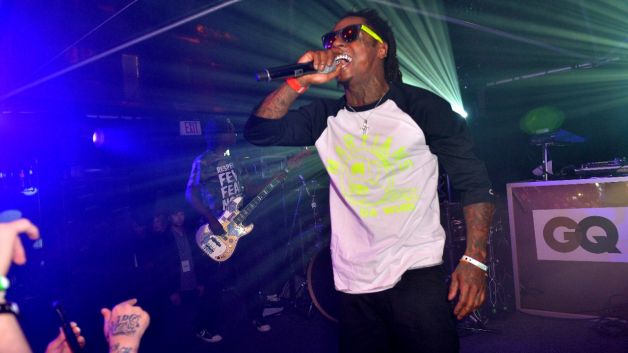 Lil Wayne has charity work planned for the upcoming Labor Day holiday. Proceeds from the YMCMB honcho’s show at the Phoenix Celebrity Theater Monday (Sept. 2) will benefit The Carter Fund, a charitable fund of the Arizona Community Foundation.

The Carter Fund awards scholarships and grants to Arizona schools with after-school programs, while the Arizona Community Foundations works with affiliates statewide to “harness the collective generosity of thousands,” according to the company website.

Wayne is currently wrapping up the last leg of his America’s Most Wanted tour with T.I. and 2 Chainz and gearing up for Dedication 5, the latest installment of his DJ Drama-hosted mixtape series out Aug. 30.

He’s also feeling the heat from not getting any MTV Video Music Awards or (solo) BET Hip Hop Awards nominations and tweeted an apologetic vow to fans last Saturday (Aug. 24). “Noticed I wasn’t nominated nor involved n da MTV VMA’s nor da BET awards…I apologize to my fans and I promise 2 work harder if it kills me,” he wrote.

General admission tickets for the Weezy’s Labor Day show start at $50 and are available viacelebritytheatre.com.

For the original report go to http://www.bet.com/news/music/2013/08/27/lil-wayne-to-hold-charity-concert-in-arizona.html