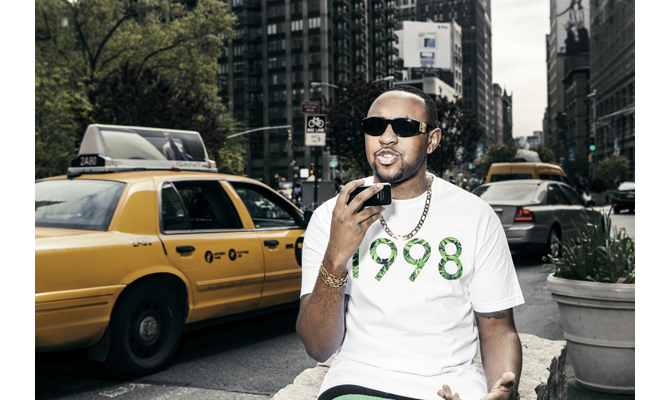 Mike WiLL is a busy man. Just a day after the 2013 VMAs—during which his frequent collaborator Miley Cyrus performed “We Can’t Stop,” a track produced by WiLL—Mike invited a few of his close homies to a high school in Brooklyn’s South Slope to shoot a video for his debut single, “23.” The track, which features guest appearances from Juicy J, Wiz Khalifa and Miley Cyrus, has been teased since XXL ran a feature on Mike WiLL in our July/August issue, in which WiLL said, “[Miley] hopped on the song, and she killed it. She’s kinda rapping and singing.” More recently, WiLL announced via Twitter that the Michael Jordan-inspired song will make its way to iTunes on Sept. 10. Though it hasn’t yet been announced which label the song will be released on, it’s worth noting that Interscope execs were milling around the shoot and WiLL would go on to mention a close friendship with Interscope’s chairman Jimmy Iovine.

Down at Bishop Ford High School, Mike spent time changing outfits and sorting through a sizable collection of rare Jordans that he brought to the set. From what we could tell, the video for “23″ will be standard fare—Mike takes over the school as the principal for the day, dances with Miley in a locker room as she raps her verse and the shoot culminates with a pep rally (mascot and all) on a basketball court—but rest assured the song will be an event, mostly because of the sheer star power Juicy, Miley and Wiz bring to it. In a brief interview between takes, XXL spoke to WiLL about finally putting “23″ out into the world, why he likes to bring together such divergent artists and his contributions to the new albums by 2 Chainz and Future.

For the original report go to http://www.xxlmag.com/news/2013/08/mike-will-brings-miley-cyrus-juicy-j-wiz-khalifa-to-brooklyn-for-new-video-shoot/