The Caribbean’s Response to the Atlantic Hurricane Season 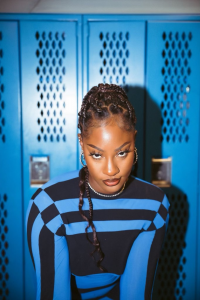 Tems’ meteoric rise in the global music industry has been propelled by numerous hit singles including “Higher” – which is sampled on Future’s 2022 chart busting “Wait For U” single alongside Drake, making her the first African artist to debut at number one on the Billboard Hot 100 charts – and was further cemented by breakthrough collaborations with Drake (“Fountains) and Wiz Kid (“Essence”) among others. Philly’s two-time GRAMMY-winning hit maker Sullivan boasts a catalogue of hit songs (“Need U Bad”, “Let It Burn”, “Pick Up Your Feelings”) and anthemic collaborations (“Girl Like Me” with H.E.R), that helped land her on the list of Time Magazine’s 2022 “100 Most Influential People”.

This year’s festival will be co-hosted by Creative Tresor and recent 2022 Juno Award-winning rapper Charmaine, and promises to be special. “Manifesto is beautifully unique because it was started and continues to be led by young artists and community leaders whose mandate is to incubate, elevate and generate opportunities for the next generation of music leaders and decision makers. This year we were intentional in weaving our year-round programming throughout not just our live show, but all the programming leading up to it. We’ve been listening to you Toronto, and we will not disappoint” says Tinesha Richards, Manifesto’s Managing Director. Adds festival co-host Charmaine “Last year (Manifesto) was my very first live performance on any stage, so it’s really amazing to be a part of it in this capacity this time around. Can’t wait to see all the talented artists and beautiful crowd out there. It’s about to go DOWN!”

As has been the case over the last 15 years, this year Manifesto produced a festival lineup that seamlessly blends global superstars with some of Canada’s finest homegrown world class talents. From critically-acclaimed R&B singer-songwriter Amaal, all the way over to performances from rising stars, Juno-nominated Dylan Sinclair, Planet Giza, Zeina and more (TBA), including sets from Manifesto’s in-house DJ Killa Kels, this year’s lineup will whet the appetite of festival attendees, both new and old, looking for a real entertainment boost this summer.

The mission and mandate of Manifesto has always been to provide a platform for emerging artists to showcase their skills, and this year is no different, as buzzing up-and-comers DVBLM, Fame Holiday, Tia Banks, Ray HMND, Benita, and Vividd will also be taking centre stage and performing live, for all of Toronto to see. “This summer is already turning out to be a legendary moment for the city, with all the festivals and curated activations that are coming to Toronto and our city finally being viewed as a central destination for high-end live musical experiences,” explains Manifesto’s Programming Director, Marcus Adade. “Manifesto Festival goes a bit further with the aim to create the most memorable moments and continue to add to the rich legacy of live concert experiences. In the planning stages, the community was the central plot in our mood-board and we confidently feel that this festival is the people’s choice award!”