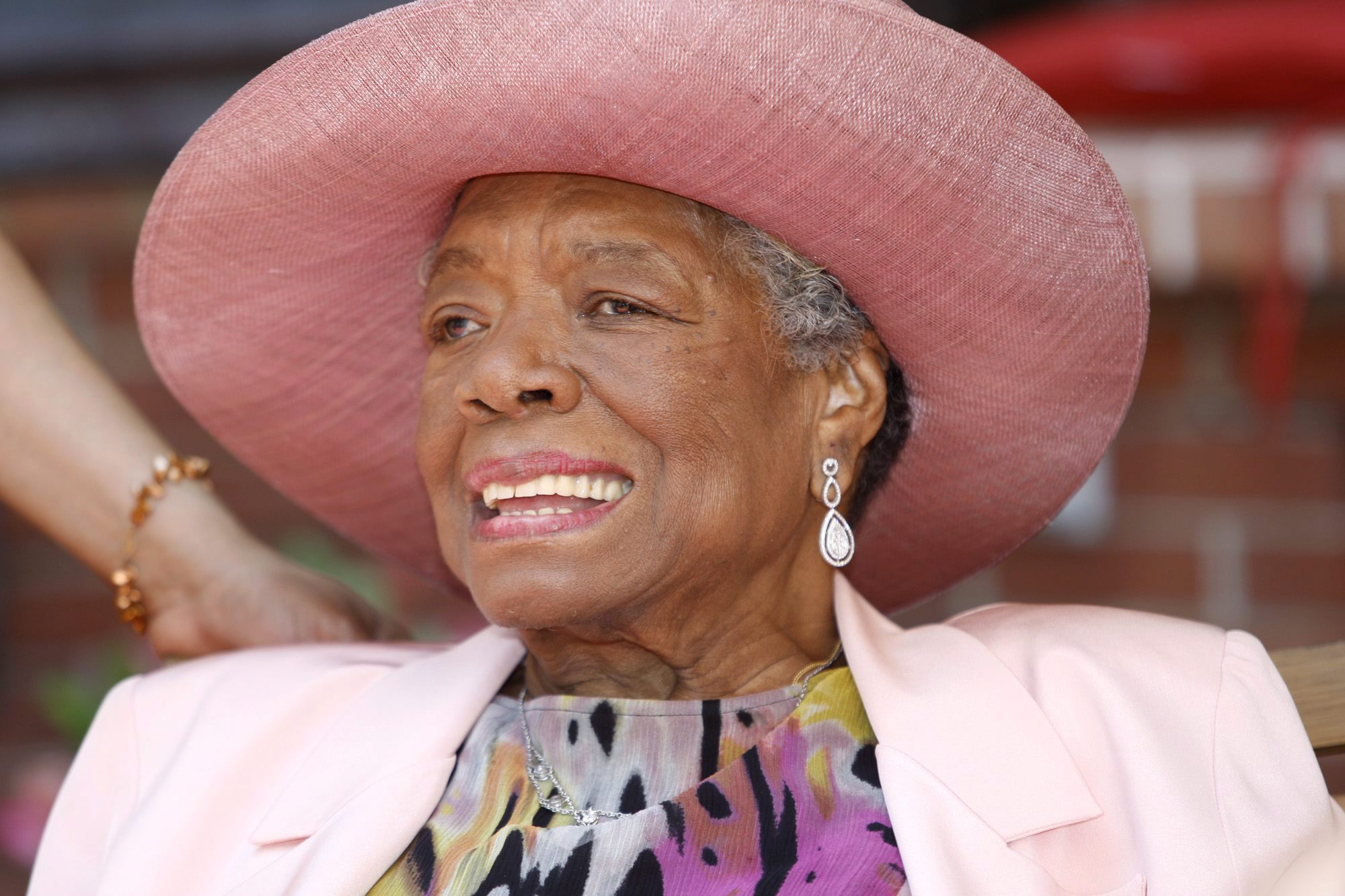 A painted story quilt that hung in Angelou’s Harlem home and was commissioned by Oprah Winfrey for Angelou’s 61st birthday brought $461,000 at the Swann Galleries sale.

“Maya’s Quilt of Life” by African-American artist Faith Ringgold depicts Angelou surrounded by flowers along with excerpts from some of her writings. The acrylic on canvas with a pieced fabric border had a pre-sale estimate of $150,000 to $250,000.

The nearly 50 artworks were consigned to the auction house’s African-American Fine Art Department by Angelou’s estate.

Her son, Guy Johnson, said in an introduction to the auction catalogue that “her family hopes that the art which added colour and character to her daily life does the same for others.”

Her collection also reflected her interest in female artists like Elizabeth Catlett and Phoebe Beasley and African culture.

“Kumasi Market,” an oil-and-acrylic painting of a crowded Ghanaian market scene by African-American muralist John Biggers, sold for $389,000, an auction record for Biggers, and above the $100,000 to $150,000 estimate.

The quilt is the only Ringgold quilt to ever come to auction. It measures 6 square feet and includes passages from Angelou’s works “Just Give Me a Cool Drink of Water ‘fore I Diiie,” ”Gather Together in My Name,“ ”The Heart of a Woman“ and ”I Know Why the Caged Bird Sings.“

“Just as Dr. Angelou continues to serve as a source of inspiration for countless artists, writers and performers, she also found inspiration in the works of others,” her son wrote in the catalogue.

Her personal papers, including letters to Malcolm X and James Baldwin, are housed at the Schomburg Center for Research in Black Culture, a research unit of the New York Public Library.