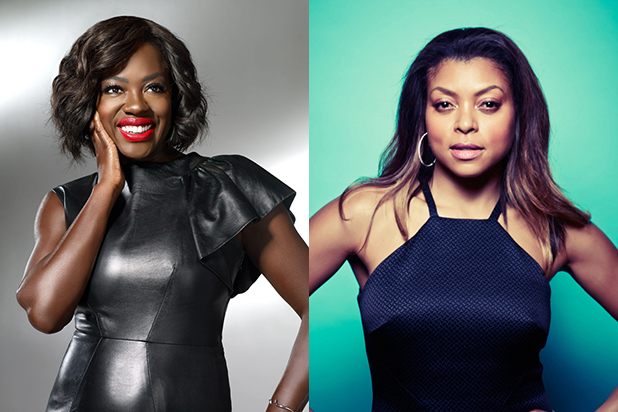 LOS ANGELES _ If we look to television for more than entertainment _ and let’s face it, we do _ then Sunday’s Emmy Awards ceremony will have something for everyone.

The masterful storytelling of television’s second golden age rightfully will be centre stage, with leading contenders including “Game of Thrones,” ”Orange is the New Black“ and the final season of ”Mad Men.“

But growing pressure on media to reflect American diversity, and Emmy voters’ response, will be a crucial part of the ceremony as well. The transgender comedy “Transparent” is up for top honours, and two black actresses are hoping they can break the white-only hold on a major category.

The digital-revolution vanguard will be out in force, as Amazon’s “Transparent” and Netflix series including “House of Cards” and “Orange is the New Black” gnaw away at the prestige awards that for decades were the exclusive domain of broadcast networks and cable channels.

That was until just two years ago, when Netflix muscled its way in with “House of Cards” and “Arrested Development.”

Record-keepers may find much to occupy themselves with the three-hour ceremony airing 8 p.m. EDT Sunday on Fox. Andy Samberg (currently of “Brooklyn Nine-Nine,” formerly of “Saturday Night Live”) is the host.

“Game of Thrones,” or “GOT,” the shorthand used by devotees of the HBO hit, could become the rare fantasy series to capture the top drama award in its fifth nomination. Eight-time nominee Jon Hamm of AMC’s “Mad Men” gets a last shot at a trophy for his portrayal of a midcentury man in crisis.

The tea leaves and odds are in their favour, said Tom O’Neil, whose Gold Derby website handicaps Hollywood awards and other events.

“The theme of this year’s Emmys is that, finally, ‘Game of Thrones’ will win. Finally, Jon Hamm will win. This could be one of the most popular Emmys ever because of fan favourites prevailing,” O’Neil said.

A “Game of Thrones” victory, a follow-up to the 2005 best-drama win by another genre series, the sci-fi saga “Lost,” would keep “Mad Men” from earning its fifth trophy and setting a record as most honoured drama ever.

But other award breakthroughs would carry far greater weight.

Viola Davis, who stars as a cutthroat attorney in ABC’s “How to Get Away With Murder,” and Tariji P. Henson, unyielding matriarch Cookie in Fox’s hip-hop family drama “Empire,” are vying to be the first black woman to claim top drama acting honours.

“I gotta win! I gotta win for history!” an exuberant Henson said when asked about the prospect during an “Empire” panel last May.

That an African-American actress has yet to receive the award is offensive, said Gabourey Sidibe, who plays Becky on “Empire.”

It’s been a far longer wait for women then it was for men. Bill Cosby’s legacy is under siege now for alleged sexual assaults (largely denied by him), but in 1966 he was the first African-American to be honoured as best actor in a drama series, “I Spy.”

Cosby won again, in 1967 and ’68, with two other black actors following him after a barren stretch of more than two decades: James Earl Jones for “Gabriel’s Fire” in 1991 and Andre Braugher for “Homicide: Life on the Street” in 1996.

Gender-identity issues, brought increasingly to the fore by Caitlyn Jenner and others, will be part of the night courtesy of freshman “Transparent,” which stars Jeffrey Tambor and is up for best comedy, lead actor, writing and other trophies.

At last Saturday’s creative arts Emmy Awards for technical achievements and guest actor turns, Bradley Whitford was honoured for his “Transparent” role as a cross-dresser.

“I love to be in a show that is a voice of understanding, compassion and radical inclusion. We’re not there yet, but non-judgment day is coming!” Whitford said in accepting his award.

This time around, all academy members are eligible to vote and will do so online, a change that could encourage more young members to participate and potentially boosts the chances for less traditional series’ like “Game of Thrones.”

The Emmys would like to see the devotion being accorded TV _ binge-viewing, anyone? _ converted into ratings. Last year’s audience of 15.6 million was the second-biggest for the awards in eight years, exceeded only by the 17.8 million who watched CBS’ telecast of the 2013 ceremony, the beneficiary of the NFL game that preceded it.

Football, in fact, will be yet another crowd-pleasing element in the Emmy mix: “Fox NFL Sunday” will broadcast from the red carpet, with the Philadelphia Eagles-Dallas Cowboys game airing right before the awards.

Lynn Elber is a national television columnist for The Associated Press. She can be reached at lelber?ap.org and on Twitter at http://twitter.com/lynnelber.