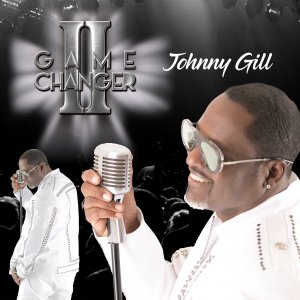 “I’ve always been aware of how powerful women are. From my Mom, to the women I have worked with during my career,” says Gill. “Their power deserves our respect, which is why I always make it a priority to honor women through my music.”

On the heels of his #1 hit “Soul of a Woman,” Gill delivers an ode to the quintessential woman in the form of natural beauty, strength and intellect with “Perfect” and enlists Ralph Tresvant, who delivers an effortless hook. Together, they complete the sultry ballad which is currently climbing the charts and sets up a timely release of Game Changer II.

Gill delivers his eighth solo studio album entitled Game Changer II, which serves as the sequel to the highly successful 2014 Game Changer release. The first single from Game Changer II finds Johnny setting things off with a solid traditional R&B message song “Soul of a Woman.” The poignant song opens a rare window into Johnny’s personal life as it was primarily inspired by his mother, Annie Mae. “I held on to this song, produced by Pagani since the last album,” Johnny shares, “listening to the demo for my own personal pleasure. It’s not your everyday song,” which is exactly why Gill enlisted comedic Emmy Award-winning actress Tiffany Haddish to co-star with him in the video for the single.

From there, Game Changer II explodes with a generous variety of unique instant classics including the Latin energy of “Fiesta” featuring GRAMMY ® Award-winning guitarist

Carlos Santana and GRAMMY ® nominated percussionist queen Sheila E. Additional tracks include the Reggae-tinged love song “Only One” as well as “Favorite Girl” – all produced by GRAMMY ® Award-winning producer/musician/songwriter Blac Elvis out of Atlanta. Another surefire standout is “That’s My Baby,” a sumptuous and harmonically sophisticated tribute to one of Johnny’s greatest musical heroes, Luther Vandross, produced by Ralph Stacy. Most importantly, Johnny Gill is back and better than ever!