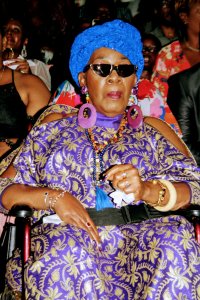 The Andrew Holness led JLP administration will be awarding Internationally acclaimed reggae star Doctor The Honourable Rita Marley Jamaica’s fifth Highest Award come October 2019 at the Annual National Awards and Honours Ceremony normally held at King’s House on or about the 20th. Hero’s Day This is the Order Of Jamaica (OJ).

This public Holiday is usually used to honour those who have given unselfish and dedicated service to their fellow folks and in pursuit of national development. Awards for Long and Distinguished service. Gallantry and or Order Of Merit are handed out also. Civil Servants and members of the uniformed services are so recognized. The Police, Military and the the Department of Corrections (Prison Warders) are not excluded.

The title OJ carries the prefix “Honourable” usually shorted to “Hon” before recipient’s name. The award comes on the heels of her citation at the Grand Gala held on August 6, 2019 Independence Day. For Jamaica W.i.

Who is Rita Marley?

She is the widow of late super star Robert Nesta Marley. She was in a trio referred to as the ITrees consisting of Judith Mowatt and Marcia Griffiths. They were back up singers to B0b Marley. Rita in her own right has made a significant contribution to reggae music.

We at Vision Newspaper salute Dr. The Honourable Rita Marley on her impending National Award.

Written by Hopeton O’Connor-Dennie who is Senior International Correspondent for Vision Newspaper Canada.