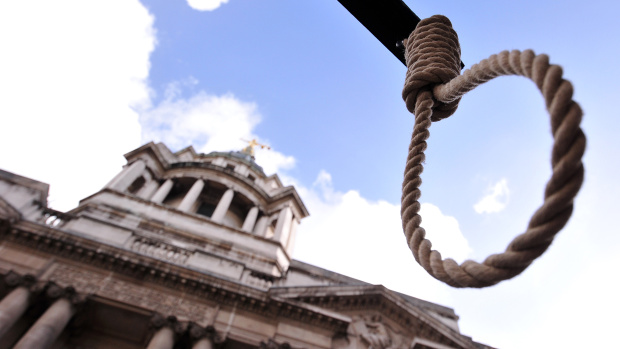 COLLEGE PARK, Md. _ Racist incidents are popping up at U.S. colleges and universities, even though students are becoming increasingly vocal in protesting racism and administrators are taking swift, zero-tolerance action against it.

This week alone, Bucknell University in Pennsylvania expelled three students for making racist comments during a March 20 campus radio broadcast. At Duke University in North Carolina, a noose was found hanging from a tree, a vicious symbol in a region where lynchings were once used to terrorize black residents.

“To whomever committed this hateful and stupid act,” said Larry Moneta, vice-president for student affairs at Duke, “I just want to say that if your intent was to create fear, it will have the opposite effect.” Officials have since accused a student in the incident but have declined to release the student’s name or race.

This is happening against a backdrop of promise when it comes to race relations, with campuses enrolling record numbers of black and Hispanic millennials. The current university generation _ young people who came of age under President Barack Obama, the first U.S. black president, is said to have more accepting racial attitudes, but putting an end to racism among them has proved elusive.

Kayla Tarrant loves the University of Maryland, where she is a student and campus tour guide. But she says a racist email and photo attributed to her schoolmates makes her reluctant to encourage other black students to enrol “in a place where you feel unsafe and no one cares about you.”

“We’re literally begging people to care about our issues,” Tarrant said with tears in her eyes to applause from about 100 students _ blacks, Hispanics, Asians and a few whites _ gathered to discuss the racial climate at the predominantly white, 27,000-student campus.

The Bucknell and Duke incidents came days after spray-painted swastikas and nooses were found at dorms on the State University of New York’s Purchase campus. A former University of Mississippi student was indicted on federal civil rights charges last week, accused of tying a noose on the statue of the university’s first black student.

The wide usage of sharable video has also been a factor. In February, students at the University of Oklahoma were caught on video singing a chant that included references to lynching and used a racial slur to describe how the Sigma Alpha Epsilon fraternity would never accept black members.

Even before the Oklahoma incident, a little more than half _ 51 per cent _ of college and university presidents in an Inside Higher Ed poll conducted this year by Gallup rated race relations on college campuses as “fair.”

The Pew Research Center work has found that millennials are more likely than older generations to say society should make every possible effort to improve the position of blacks and other minorities. They are also more likely to support interracial marriage and have friends of other races. Such data also shows divides. Little more than half of white and black millennials in one Pew survey said all, most or some of their friends are black or white, respectively.

And among millennials age 18-24, a 2012 Public Religion Research Institute/Georgetown University poll found 56 per cent of white millennials said the government has paid too much attention to the problems of minorities over the past few decades. About a quarter of black respondents and 37 per cent of Hispanics agreed.

In 1976, nearly 10 per cent of students were African-American and 4 per cent were Hispanic. In 2013, nearly 15 per cent were black and nearly 16 per cent Hispanic. The National Center for Education Statistics projects such growth will continue.