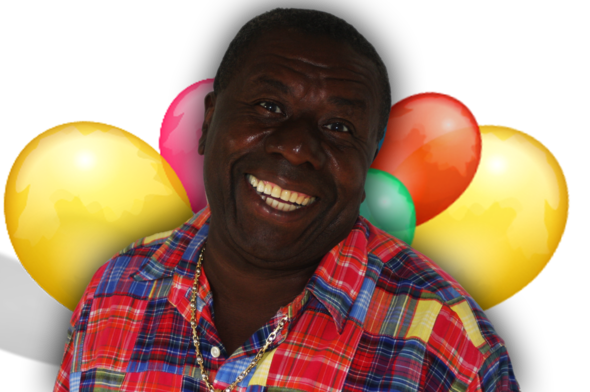 One almost cannot think about the incomparable Oliver Samuels O.D. without humming the catchy jingle “Oliver yuh large o” or recalling the image of him sporting the ear muffs and winter coat in one of his funniest pieces ever. It is therefore no surprise that when Whirlwind Entertainment took on the task of celebrating the cultural icon’s 65th year; they would have accepted that their plans will take them far overseas where a Winter coat will certainly be needed and they would have realized that they are tasked with producing a celebration large enough to cover the island, the Diaspora and other countries that are demanding the presence of the Caribbean King of Comedy for some part of this his special year. There simply could not be a better title than “IN HIS HONOUR” to capture this monumental celebration.

The formal announcements will occur at the Courtleigh Hotel on Thursday evening but Whirlwind Entertainment has explained the reason why they were forced to use an entire year to honour the great man. “Oliver tours from May to December these days covering several countries and cities. When the overseas promoters heard about this celebration, they all wanted to be involved and host an event honouring him in their region; hence, we decided that the only way to accommodate everyone is to make it a year-long celebration giving his fans globally a chance to celebrate with him. Most importantly though, it starts here in Jamaica the way Oliver would want it and will end here with a Gala next year November,” explained the CEO of Whirlwind Entertainment Michael Dawson.

Plans to Include Others

They have reached out to government agencies, social groups, academia and several entities as they want to include everyone in this special celebration. The company feels that the country has done a bad job in honouring its greats whilst in their prime and is adamant that Oliver will be celebrated whilst he is still the biggest draw on the Caribbean comedy scene. Oliver returns to the stage in Jamaica on December 26th, 2013 for the Jamaican run of his international hit Embassy Saga which has played to sell-out crowds in places like Toronto and London. During the year, the company will also have keep-sakes for fans with a host of merchandise, Oliver DVDs along with many other special projects to celebrate the year. Oliver will be presented with a special gift at the Press Launch which is expected be attended by his theater compatriots and the local and international media.