Reggae singer I-Octane has decided to embark on his own school tour.

OMI certified Gold in the UK 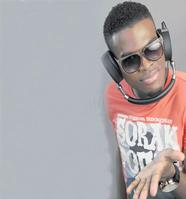 ‘Cheerleader’, recorded by reggae/dancehall/ska artiste Omi, has been certified Gold in the United Kingdom. The single, which was released two years ago and quickly climbed Jamaican charts, currently sits at number one on the UK pop chart, boosted by Felix Jaehn who is featured on the remix.

Ironically, Cheerleader is nowhere to be found on Jamaican charts in 2015, with many fans of the artiste questioning his whereabouts. However, Cheerleader was recently certified triple Platinum in Austria, five times Platinum in Sweden, Platinum in Italy and is so far Gold in the UK.

“It is an overwhelming feeling, I am a little country boy from a small island. So to be number one in the European market is a big deal,” Omi told The STAR.

The song has been in a ding-dong battle with Wiz Khalifa’s See You Again for the number one spot on several billboard charts since April. This achievement Omi says is humbling, also giving credit to Clifton ‘Specialist’ Dillon, who introduced him to the music industry.

“It has been constant promotion and I give my team all the credit. They have worked on this project for countless hours because they knew the height I could reach. We have had many sleepless nights and we have been knocking on the right doors,” he said. “Clifton ‘Specialist’ Dillon is the man and I don’t have to say anything else because his portfolio speaks for itself. He is a strategist and he knows what to do next.”

While not competing to stay current in the small and saturated Jamaican market, Omi advises his fans to be open to his approach to music. The Jamaican music industry is known for its ability to release a slew of material, which in most cases are not selling units overseas. However, Omi and Specialist are more focused on moving units worldwide, than being popular in dancehall and reggae’s small circles, respectively.

“I want my fans to know that I value their opinions. I am a fan of my fans, however, we are just taking a different approach to music and the results are there to show that this approach is working. I love Jamaica and in everything I do I represent Jamaica,” he said.

The artiste is booked to appear on several festivals during the summer. His team is also looking forward to the United States-leg of promotions after fully cementing Cheerleader in the hearts of European music lovers.

“I am trying to keep focused and just take it all in. When I see myself competing with people like Wiz Khalifa I recognise that the work has just started. Reaching this stage a lot of people would become complacent, but that is not the case with me. another thing is that as an artiste you have to be humble so that when people meet you they want to see and hear more of you,” he told The STAR.

Cheerleader collectively has over 80 million views on YouTube.com. The artiste can be followed on social media @omimusiconline on Twitter and omimusic.com