Perspective: Jamaica’s Sovereignty Is Under Threat By Foreign Government? 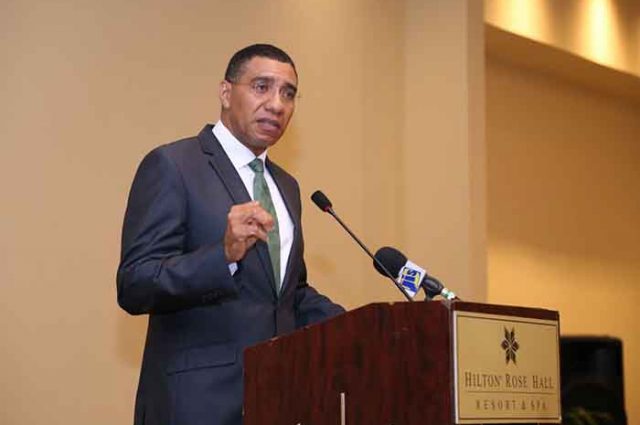 The good aged saying that the more things change, they seem to remain the same appears to be true to the letter. Amazing, indeed!.  Events at Petrojam, a jointventure entity with the Venezuelans and Jamaica is under the microscope and now “demoted/discarded” energy minister Dr.  Andrew Wheatley is in the centre of both Caricel (cellphone technology) and Petrojam (energy sector) mess. Technology and Energy fell under Minister Wheatley.  There has been a seperation from the energy Ministry of Dr.  Andrew Wheatley since the Petrojam mess.  Have messy situations found embracing or finding Dr. Wheatley fertile ground or attractive?  You be the judge,  will you?  Our job is to state the facts without fear or favour.  Let the chips fall where they may.
Caricel
We did look at the vexed issue of Caricel, trading as Sibiote Investments befote and our sovereignty.  Since our post there has been a significant new development in this rather messy saga.  Caricel’s Operating Liscence was ordered revoked by Technology Minister Dr. Andrew Wheatley et al.  The same Minister who had his Energy portfolio taken from him by PM Holness. PM Holness was forced to act as a result of the Petrojam debacle and subsequent revelations of alleged mismanagemet at this State oil entity.  “The Petrojam Oil Spill”. Is how we describe same.  PM Holness in his wisdom likely acted to save face and to ensure that the matter does not spiral out of control. Did the PM take too long to act? You be the jurors. The verdict is yours to make.
Watergate Scandal
The spy scandal or the break in by the President Nixon/party admininistration led to Nixon of the USA resigning in disgrace. We cannot under-estimate the power of the media.  This would be unthinkable twenty five years prior to same. In Russia or some other less vigilant democracies a break in would likely be a storm in a tea cup.  Not an event to bring down the most powerful man in the free world …the United States President.
Dudus Extradition
PM Bruce Golding resigned due to his government’s handling of the Dudus Affair. Who would have thought this was possible when the issue first broke?  It happened and did so rather quickly.  Such is public life which demands transparency and accountability.
PM and Petrojam
PM has to be careful that the gains made by him and his party, the JLP and his government are not eroded by small but significant issues which are magnified by an alert social media. Issues bring down governments as they can take on a life of their own.   Enough said!
We hope that the petrojam issue is resolved quickly.  Holness must have had good reason to somehow demote Wheatley by relieving him of the energy portfolio.  Did Holness act fairly in light of a release from his Director of Communications/OPM etc.  That the “allegations are unfounded/not accurate” my words.  Comments close to my words. We will wait and see.  We hope Wheatley was treated fairly.  All including Dr. Wheatley deserve nothing less than a fair deal. Sound justice must be handed down to all.  Holness has a razor thin majority in Parliament … he cannot be careless or else he and his government could fall. Even before the Fall season.  It is as serious and delicate an issue as that.
This is my perspective. What is yours.?
The opposition PNP has called for Wheatley’s dismissal. This appears not likely to happen.  Is PM Holness and Dr. Wheatley lumped together, a bad dose of Andrews Salts? Their Christian names are both Andrew.  See you later.
Hopeton O’Connor-Dennie is a Journalist,  satirist,  poet,  social activist, consumer advocate and SIC with vision newspaper Canada.