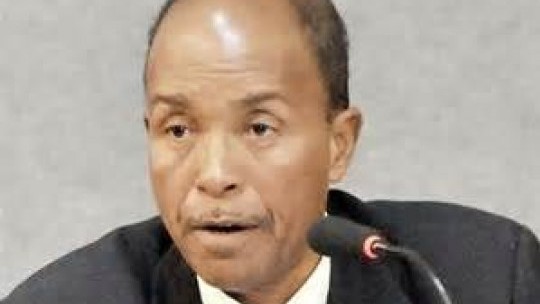 As turmoil reigns in the PNP, there are disturbing developments in their leadership race.

Former PNP VP Karl Blythe says “The fact that there is going to be a contest is already a victory for the PNP … senior officers are calling around to find out who is supporting his candidacy … it appears to be intimidating based on the tone”. Blythe asserts. Continuing he said “I have been getting good support from surprising quarters in the PNP in my bid to unseat Portia Simpson Miller as Leader” the nominated
presidential aspirant declared in a Nationwide News Network (NNN) radio interview monitored by Vision.

“I will not be backing down, absolutely not”. Stated a defiant Blythe who is former Housing Minister in a former PNP government. Blythe is a medical doctor by profession.

There has been calls for renewal in the PNP. Many are publicly calling on party leader Simpson Miller to leave following her leading the party into Opposition against the JLP.

Stay tuned to Vision for the hottest political news in Jamaica W.I. … we will not be intimidated in bringing you the facts and our perspectives.