Over $1 Billion Tourism Investment Made in Ocho Rios – Minister Bartlett 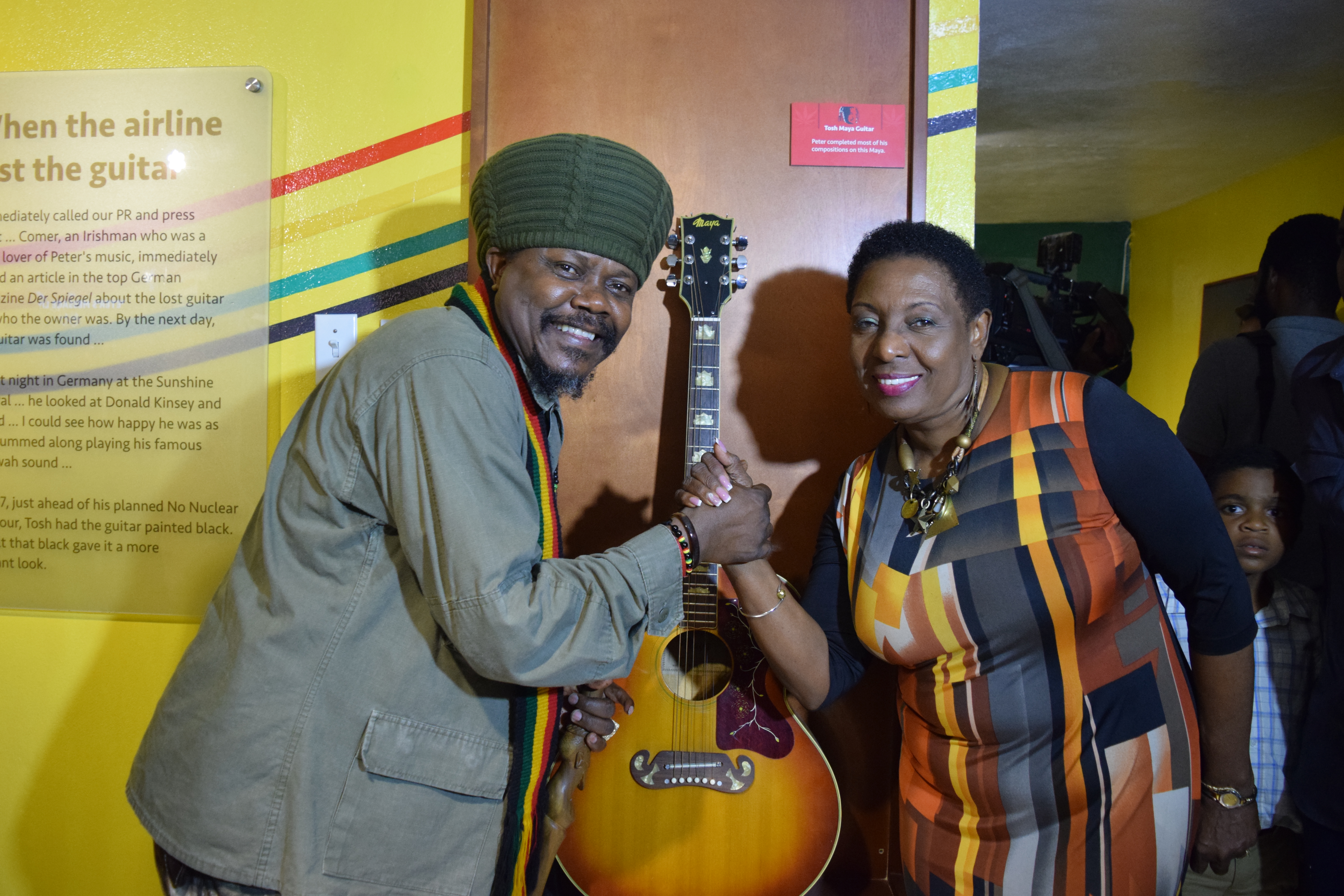 KINGSTON, Jamaica – Thursday, October 20, 2016 – Minister of Culture, Gender, Entertainment and Sport, Honourable Olivia Grange, has described the new Peter Tosh Museum as one of the most important music heritage sites in Kingston.

Minister Grange was speaking at the opening of the museum at the Peter Tosh Square, located in the courtyard at the Pulse Centre, New Kingston, Jamaica on Wednesday.

“Kingston was recently designated a UNESCO Creative City of Music and adding the Peter Tosh Museum to the list of entertainment tours will further enhance Jamaica’s heritage tourism package,” she said.

“I am pleased with the work of Pulse Chairman, Kingsley Cooper and the Peter Tosh estate for making this vision a reality as this museum was long overdue,” Minister Grange said.

She said the establishment of the museum is in keeping with the Government’s commitment to foster further development of the cultural and creative industries for increased opportunities for human development and wealth creation.

Minister Grange also highlighted that a key objective of her Ministry this term, is to establish a state of the art cultural complex to house a modern Jamaican Music Museum and performance hall.

In recounting her personal encounters and interactions with Peter Tosh, the Minister said “he was great artist who saw the world from a unique perspective and he expressed it — often in colourful and creative ways — that caused the rest of us to rethink beliefs, to take action against an injustice, among a host of other feelings and actions.”

“Those of us who were blessed to know Peter personally, live with many memories of this one-of-a-kind, exceptional man. Without a doubt, Peter Tosh was one of Jamaica’s most illustrious musicians, a nationalist, a Pan-Africanist, and an advocate for human rights,” the Minister added.

We congratulate all for launching this museum.

Peter Tosh lived under the shadow of Bob Marley, so it is most appropriate that Tosh got his own long overdue recognition.

Watch Vision for more details on Tosh’s museum opening, we were there.

Commentary is by Hopeton O’Connor-Dennie who is Senior International Correspondent & Photojournalist for Vision Newspaper Canada.