Prime Minister, the Most Hon. Andrew Holness, has commended star sprinter Asafa Powell for heralding the modern era of Jamaica’s sprint dominance by the male athletes, when he first broke the 100-metre world record in June 2005.

The Prime Minister was speaking at the unveiling of the life-size statue of the Olympian, at Statue Park, National Stadium, in Kingston, on Sunday (February 9).

“Today we celebrate an extraordinary Jamaican, one who over the years has been able to lift our spirits, strengthen our resolve and add lustre to brand Jamaica globally. One who, like our reggae music, seems to have taken on elements of endurance, excitement and global recognition,” Mr. Holness said.

“Asafa Powell stands tall among our elite athletes. Powered by the drive to compete, Asafa has been a trailblazer and an avid sportsman, determined to write his name in the historical records of global athletics. Today, we elevate him into the pantheon of our greatest athletes,” he added.

The statue, created by Basil Watson, depicts Powell exploding from the blocks. It is the final part of the Ministry of Sport’s Jamaica Legacy 55 project, which paid tribute to Jamaica’s outstanding athletes. Usain Bolt, Shelly-Ann Fraser-Pryce and Veronica Campbell-Brown were previously honoured with statues at Independence Park.

Prime Minister Holness also lauded Powell for his historical feat in being the only sprinter in history to have dipped below 10 seconds for the 100 metres 97 times.

“It was Asafa who first crossed a line in the sand that was hitherto unheard off and uncharted here in Jamaica, when in June 2004 at the National Junior Track and Field Championships, held at the G.C. Foster College in his hometown and my hometown, Spanish Town, he recorded his first sub 10 seconds, clocking 9.99 seconds,” Mr. Holness said, noting that he lowered the mark to 9.91 seconds two weeks later when he won the 100-metre race at the National Trials and started gaining prominence globally.

“As of September 2016, Asafa has broken the 10 seconds barrier more than any other athlete, an unbelievable total of 97 times. Today, Asafa Powell has been dubbed globally as the Sub 10 King of world athletics, a marvelous and unparalleled achievement for a great athlete,” the Prime Minister added.

Before unveiling the statue, Mr. Holness encouraged Jamaicans to use Mr. Powell’s statue as a reminder “of the sacrifice, commitment, and patriotism that are the mantra of those who give their talents and abilities in the announcement of our country’s brand”.

“What is even more interesting is the way in which Asafa has carved out for himself a place in the pantheon of global sports achievers, which leaves him forever recognised and respected for his achievement,” she said.

“It is my hope that this statue of Asafa Powell might remind us of the stories behind the medals and the records. I hope this statue reminds us of the stories of our people and how consistent, determined and strategic support by the rest of us, by all of us, can trigger the success of immeasurable proportions,” the Minister added.

For his part, President of the Jamaica Athletics Administrative Association (JAAA), Dr. Warren Blake, described Mr. Powell’s accomplishments as being “extremely extraordinary when you consider that the 10-second barrier was first broken in 1968 in Mexico by Jim Hines and it was not broken again until 1983”.

“For someone from a nation as small as Jamaica to have done it 97 times is nothing less than phenomenal,” he said.

Dr. Blake said that Mr. Powell signalled to the world when he broke the World Record that Jamaica is capable of developing its own talents to the highest level.

Mr. Powell, in his response, expressed gratitude to all those who had helped him in his career and Jamaicans who have supported him and continue to give him the strength and motivation to represent his country.

“Many years ago if you had told me that I would be standing up here to celebrate the unveiling of my statue, I wouldn’t believe; but anything is possible,” he said.

“I am very excited and it’s an overwhelming feeling, and I just want to thank Jamaica and my fans for really pushing me this far,” Mr. Powell added.

The unveiling is one of several activities planned for Reggae Month, under the theme ‘Come Ketch de Riddim’. 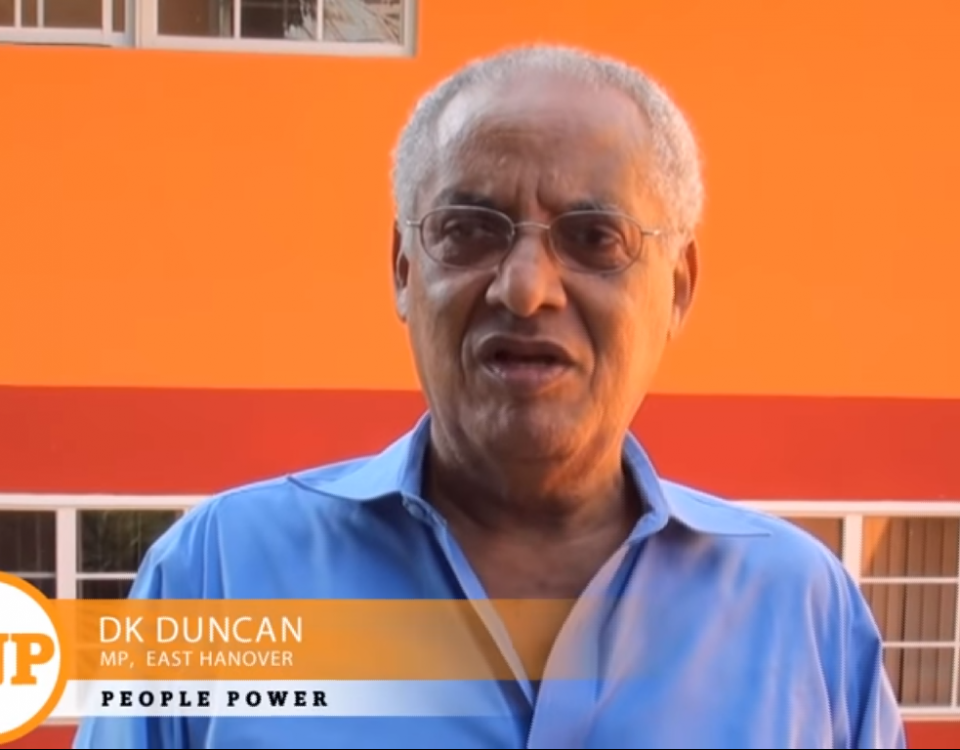