Black Queen gets good response to ‘Love You Long Time’ 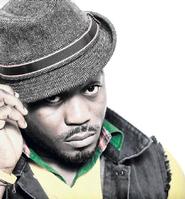 Artistes Prodigal Son and Konshens are defending their new video which was recently pulled from the popular YouTube website.

After racking up over 40,000 views in just under three days, the video, titled I am Going Home was removed from the site for inappropriate content.

However, The STAR obtained a copy of the video which did not appear to have any noticeable infringements.

The video depicted scenes of a man appearing in chains and prison attire.

“For some reason, there was controversy around the song based on the fact that is me (Prodigal Son) and Konshens do the song. We got a lot of views on the video and I watched the video recently and then 10 minutes after that it was down. I don’t know who flagged the video. There was nothing inappropriate in the video. The song was about social injustice. There was nothing derogatory in it,” Prodigal Son told The STAR.

He added that he has oftentimes been misunderstood because people take things out of context.

“We are going to be putting up the video on YouTube again because mi want Jamaica to look at the video and tell me what was wrong why somebody went and reported it. There is nothing in there that is inappropriate, so whoever did that is just straight up jealous and badmind,” Prodigal said.

He added, “A whole heap more videos dem haffi go report because mi a put in the work. There ain’t no stopping me. Mi just a guh continue do more music. God nah sleep. Who God bless … unuh know the rest.”

Likewise, Konshens told The STAR that there was nothing wrong with the content of the video.

“My understanding is that somebody reported it saying it had graphic content. There is nothing in the video that me can identify that was below YouTube standards or that was inappropriate,” Koncshens told The STAR.

Prodigal Son is currently gearing up for several shows both locally and internationally, and also recently released a video for his latest single and video for Mi know Jah.

For the original report go to http://jamaica-star.com/thestar/20131031/ent/ent1.html