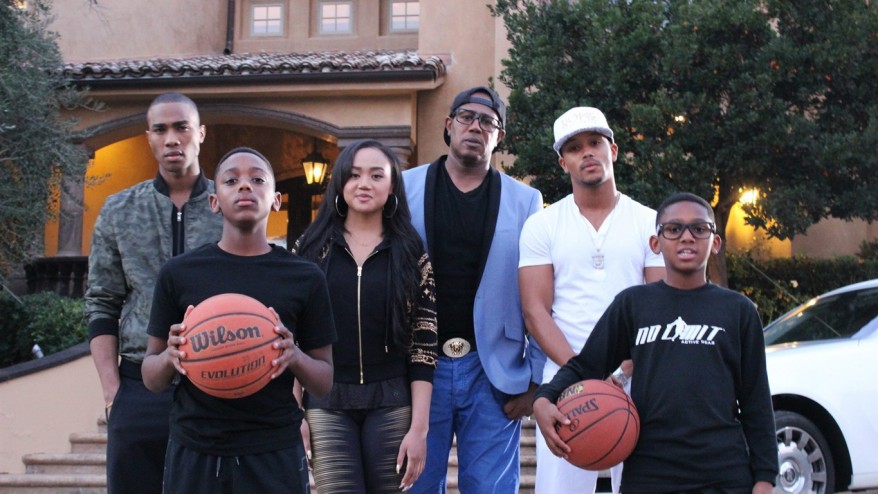 The rapper invited cameras to follow his life with five of his children, ages 10 to 25, for “Master P’s Family Empire.”

“We’re about to make it cool to watch good, positive, family TV,” Master P, whose real name is Percy Miller, said in a recent interview. “The Kardashians are entertaining, but what we’re doing is positive entertainment, which is supposed to not be cool. With my family, we’re going to make it cool, because we’ve been cool our whole lives.”

The show, set to launch in November on Reelz, will follow the single dad as he navigates raising his youngest children while his oldest carve out entertainment careers. Son Romeo, 25, is a rapper and actor. Son Veno, 22, is a model. Daughter Cymphonique, 18, is a Nickelodeon star and aspiring singer-songwriter. The youngest boys are Hercy, 12, and Mercy, 10.

“Whatever the stereotype of what a hip-hop family looks like, we’ll show them what it do look like,” Master P said, acknowledging the reality could come as a surprise to fans of his music.

“My music is hard and street, but me, I’m more of a laid-back guy,” he said. “The music is like my job, but when my job is over, I come home and am a dad to my kids, like Arnold Schwarzenegger in ‘Kindergarten Cop.”’