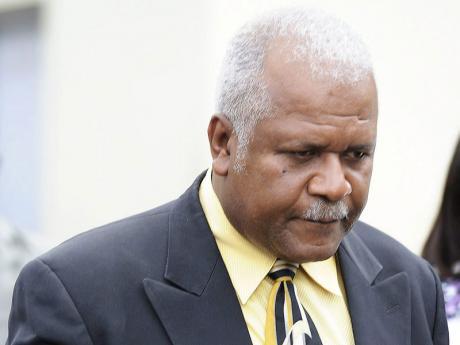 SIC: Do you think fine of (1) one million Jamaican dollars is excessive?

Reverend R.M “Jim” Parkes, a noted Clergyman now working out of Church House, Anglican Diocese, Jamaica & The Cayman Islands, as an administrator, was initially reluctant to respond to Vision’s SIC.

JM: “I don’t know what such a fine would likely be, but to be honest, I have remained neutral on the case (Rev. Al Miller’s). I am distressed that the matter took place …

SIC: Do you think as opined by Rev. Dr. Devon Dick that Miller should have stepped aside as head of Fellowship Tabernacle until the case ended?

JP: “I don’t know, we do not have a culture of stepping aside … it was up to his congregation to decide …”

SIC: What is your reaction to the sentencing of Rev. Al Miller … one million fine or 12 months in prison.

FM: I am happy he was not sent to prison … that works well … as long as is money we will pay the money.

SIC: Do you think his arrest was justified in the first place?

FM: “Well it is the law. It is the way it was done … I make it that as a clergy we must be more careful … there needs to be guidelines. Justice must appear to be done … motive has to be clearly stated …no blood was spilled. That is good. The strategy has to be legal, moral, spiritual and justice must appear to have been done.

SIC: Would your church contribute to his fine?

FM: I cannot commit the church, but, I personally would contribute if asked.

We at Vision are saddened at the outcome of this case. It seem to have been flavoured by the fact he was identified as Labour Party supporter. He served on a number of JLP government appointed boards.

Was justice done? The verdict is yours as usual.