Trailer released for the Usain Bolt movie “I am Bolt” 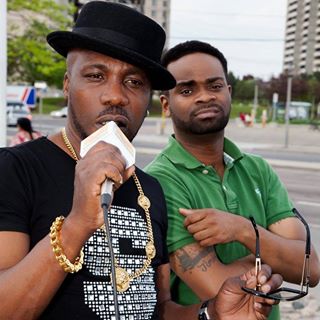 Vision Caribbean TV is taking their popular Top Ten Reggae Countdown along with the rest of their original programming online. Currently their programs air on basic cable in Toronto Canada and is available in over 3 million households via all cable providers in Ontario including Rogers, Bell, Cogeco and others, but the 3 million households is not enough for the double award winning media company, CEO Alwin Squire said.

“The internet has expanded our borders and is allowing us to reach the whole world.  Why limit our selves to  millions locally when we can reach billions globally.”  “Its actually a lot cheaper to publish content online through OTT platforms than it is to broadcast content locally through cable network providers.” the Vision Caribbean TV CEO went on to say.

Catman hosts the networks most popular program the “Top Ten Reggae Countdown” show, plays on the radio once per week in London England on a program called the “God Alone Radio Show” which airs every Monday at 9pm on CityLockRadio, and host his own Facebook Live radio show every Friday called “Cat Corner”.