The gospel according to bob marley

The rest came after: Fimiyaad – pioneer in entertainment photography 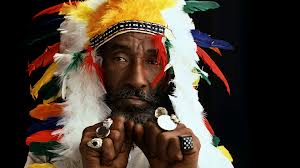 The creators of GTA V have designed 17 playlists, known as radio stations, based on a specific genre of music to accompany the video game’s on-screen action.

The Blue Ark is the radio station featuring reggae, dub and dancehall music.

Of the 14 tracks, nine are from older foundation acts, while the remaining five are from the younger breed.

The artistes featured are Joe Gibbs — Chapter Three; Half Pint – Crazy Girl; Lee ‘Scratch’ Perry – Disco Devil and I am a Madman; The Upsetters – Grumblin’ Dub; Dennis Brown – Money in My Pocket; Gregory Isaacs – Night Nurse; Yellowman – Nobody Move Nobody Get Hurt, and Junior Delgado – Sons of Slaves.

This is not the first time that Jamaican music has been represented on Grand Theft Auto soundtracks. In 2008, deejay Mavado’s Real McCoy made it onto the playlist of the video game.

For the original report go to http://www.jamaicaobserver.com/entertainment/Reggae-tracks-drive-video-game_15095476