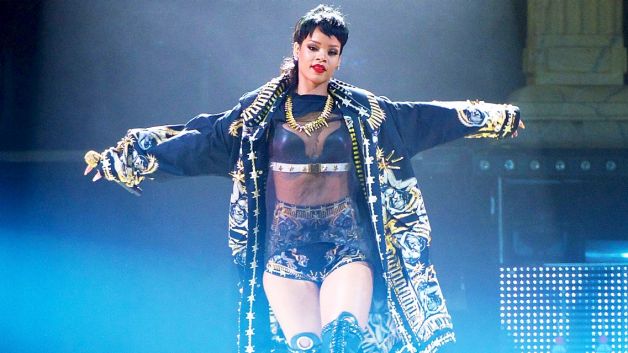 With more than 150 million records sold, Rihanna is every bit a music superstar. As such, the Bajan beauty will receive a special “Icon” honor — the first ever given — at this year’s American Music Awards, the Los Angeles Times reports.

“The first-ever Icon Award was created to honor an artist whose body of work has made a profound influence over pop music on a global level,” show producer Larry Klein told the Times. “Rihanna’s iconic and innovative sound has enabled her to become one of the most influential and bestselling artists of all time.”

As one of the most commercially successful recording artists in music, earning an “icon” stamp couldn’t come at a better time in the 25-year-old’s career. Rih’s seventh studio album, Unapologetic, marked her first release to debut atop the Billboard 200 charts with 238,000 copies in its first week, and went on to sell more than three million copies worldwide. Additionally, the LP spawned hits singles “Diamonds, “Pour It Up” and “Stay.”

Among the show’s performers are TLC, Katy Perry, Kendrick Lamar and Jennifer Lopez. Pitbull will host.

For the original report go to http://www.bet.com/news/music/2013/11/15/rihanna-to-receive-icon-award-at-amas.html