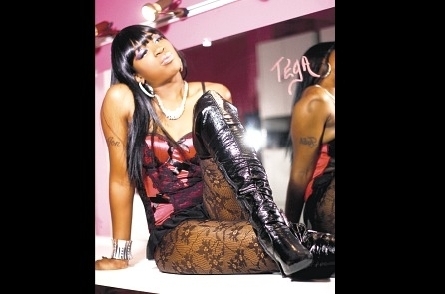 NEW York-based singer Tega is getting considerable attention on that city’s club scene with her cover of Lorde’s hit song Royals.

“l love the song so I did a reggae-dancehall version and it has wowed everyone. I am really proud of it,” she said, Royals is the hit song from New Zealand singer-songwriter Lorde’s debut album, Pure Heroine, which topped the Billboard Hot 100 chart for nine consecutive weeks last year.

Tega’s version is produced by J Small of JSR Records in Kingston. It was released three weeks ago.

The Spanish Town-born Tega, who is in her early 30s, has lived in the United States since she was 12 years old.

She is known for singles such as Can’t Hold Me Down, Damn (featuring Harry Toddler) and No Hotness, which was released in 2008.

Recently, she has worked with established producers including Rohan ‘Jah Snowcone’ Fuller and hopes to maintain the momentum of Royals in 2014.

“Right now, I am trying to ride this buzz by releasing another hot single in the first week of January, and of course dancehall will be seeing me around a lot more often,” Tega said.

For the original report go to http://www.jamaicaobserver.com/entertainment/-Royal–treatment-for-Tega_15716315