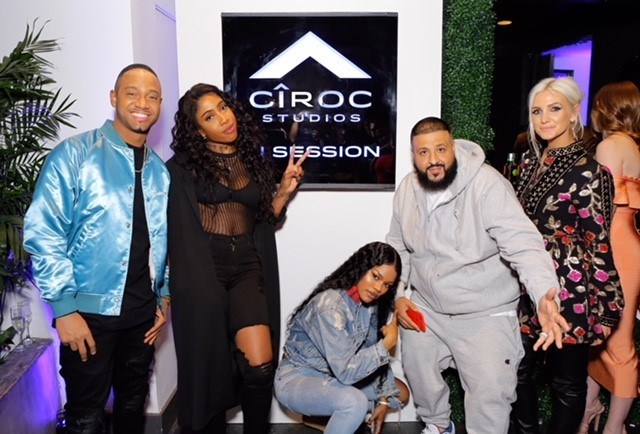 LOS ANGELES, Feb. 1, 2018 /PRNewswire/ — On the heels of music’s biggest weekend, Sean “Diddy” Combs, and the makers of CÎROC Ultra Premium Vodka announce the official launch of CÎROC Studios.  The platform is dedicated to providing emerging artists with access to state of the art facilities, music experts and executive mentorship.

Last night, the brand commemorated the occasion with the official launch of a flagship CÎROC Studios inside the iconic Record Plant Recording Studios in West Hollywood at 1032 N. Sycamore Avenue.  The legendary Los Angeles Record Plant location is celebrating its 50th Anniversary as the premiere music studio that continues to deliver more hits and Grammy Award Winning music than any other studio in the world.  The CÎROC Studios opening ceremony was hosted by Award Winning producer DJ Khaled.  In addition to DJ Khaled, Ashlee Simpson Ross, Teyana Taylor, Terrence J, Justine Skye and more were on-site for the opening of the 3,000 square foot recording space, which will serve as a creative hub for local talent.

“I’m always amazed at the talent that exists within our community,” said DJ Khaled.  “Anytime I check Instagram or YouTube – I’m blown away by what’s out there.  CÎROC Studios is connecting artists to the music industry in a real and tangible way – that’s a beautiful thing.”

Sean ‘Diddy’ Combs and CÎROC are committed to celebrating life responsibly and giving back to the community.  During the unveiling CÎROC announced a charitable partnership with VH1 Save The Music, a non-profit that helps schools and communities realize their full potential through the power of making music.  The initiative will donate 100 hours of CÎROC Studios recording time to deserving musicians over the age of 21.

“We are incredibly fortunate to work alongside CÎROC Studios with world-class producers like Sean ‘Diddy’ Combs and DJ Khaled to advance our goal to bring music technology into classrooms,” said Henry Donahue, Executive Director of VH1 Save The Music Foundation. 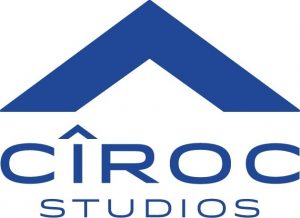 The CÎROC Studios platform – a fully functioning recording facility and multi-tiered media project – will play host to artists of all music genres throughout 2018.  Celebrating the spirit of creativity and innovation inherent to all artists, the studio will offer more than a traditional recording facility.  CÎROC Studios will create and conceptualize CÎROC Studios Playlists featuring music and live in-studio collaborations from emerging and established talent invited to record at the location, all available via CÎROC social media channels.

In addition to the physical hub in Los Angeles, CÎROC Studios will extend its reach online with a dedicated ‘Behind The Hustle’ series with the support of Variety. Beginning later this month, with episodes running through March, the three-part content series will take an intimate look at both established and emerging CÎROC Studios artists, spotlighting the creative process from dual perspectives.  In honor of the launch of CÎROC Studios, CÎROC will introduce a limited-edition, CÎROC Ultra Premium Vodka “Celebration” bottle to bring the dynamic creative experience of CÎROC Studios to the consumer. The liquid is available in select US cities at some of the hottest clubs in the country.

About CÎROC Ultra Premium:
CÎROC Ultra Premium is made from Fine French grapes, which are distilled five times, providing a crisp, clean taste and citrus nose. CÎROC Ultra Premium launched nationwide in January 2003. In October 2007, DIAGEO – the world’s largest spirits and beer company – made spirits history by entering into a strategic alliance with entertainment entrepreneur Sean “Diddy” Combs, in which Mr. Combs and Combs Enterprises assumed the lead on all brand management activities for CÎROC. The infused Vodka flavors in the portfolio to date include CÎROC RED BERRY, CÎROC COCONUT, CÎROC PEACH, CÎROC PINEAPPLE, CÎROC APPLE, and CÎROC MANGO in addition to CÎROC TEN Vodka. The brand received a 2013 Beverage Industry News Award of Excellence, was named 2011 Spirits Brand of the Year by Market Watch, and earned a double gold medal from the San Francisco World Spirits Competition in 2010.

About VH1 Save The Music:
For 21 years, VH1 Save The Music has used a comprehensive model to affect change in America’s public schools. VH1 Save The Music’s approach combines investments of instruments and resources to jumpstart music programs, support to music teachers’ development and day-to-day work, and advocacy for music as a necessary component of every student’s education. Founded in 1997, VH1 Save The Music was the first organization in existence dedicated to restoring music programs. Over the last 20 years, the Foundation has donated $53 million worth of new musical instruments to over 2,000 public schools in 257 school districts around the country– impacting the lives of millions of public school students. This Fall, the Foundation delivered grants to 80 schools. Get involved at www.vh1savethemusic.org and join the conversation on Facebook, Twitter, Instagram and Snapchat @vh1savethemusic using the hashtag #SaveTheMusic.

About Variety
Variety remains the seminal voice of the entertainment industry for 113 years and counting. Featuring award-winning breaking news reporting, insightful award-season coverage, must-read feature spotlights and intelligent analysis of the industry’s most prominent players, Variety is the trusted source for the business of global entertainment. Read by a highly engaged audience of industry insiders, Variety’s multi-platform content coverage expands across digital, mobile, social, print and branded events and summits.

About Record Plant
Record Plant is a Los Angles based recording studio catering to the most particular and successful artists in the World for the past 50 years.  Founded in New York in 1968 and opening in Los Angles the following year, Record Plant is a brand which prides itself on offering a level of technical excellence and customer service which is unparalleled within the recording industry.  During Record Plant’s history they have continued to be the studio of choice for artist ranging from Jimi Hendrix and Bruce Springsteen to Beyoncé and Justin Bieber.