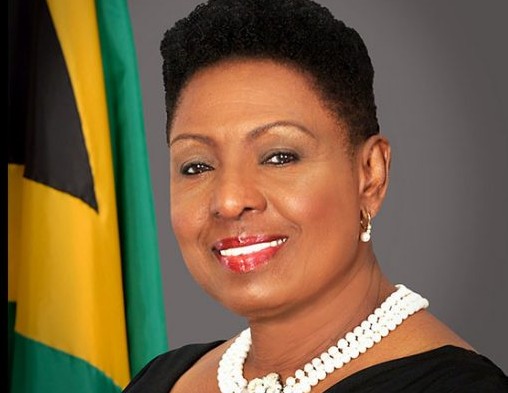 Kingston, November 30, 2016 – Minister of Culture, Gender, Entertainment and Sport, the Honourable Olivia Grange has highlighted the importance of gender equality in national development.

Addressing the Pre-Launch of the Gender Equality Seal Certification Programme for Public and Private Enterprises, yesterday (Tuesday), at the Pegasus Hotel in Kingston, Minister Grange said that gender equality would facilitate all Jamaicans being able to participate in national development.

“The participation of all our people, women and men, is key to achieving all our development objectives. Achieving the best future for our county depends on it! Therefore, eliminating barriers to equal participation in society for women and men will translate into sustainable human and national development and prosperity.”

According to the Minister, gender equality requires equal enjoyment by women and men of the socially valued goods, opportunities, resources and rewards.

To put it simply: it means that these entities have created equitable conditions for men and woman — an environment where women’s work and contributions are valued.”

Minister Grange indicated that she wants to see an acceleration of the various gender equality initiatives such as: gender training, gender mainstreaming, monitoring and evaluation which led to the various Government Ministries, Departments and Agencies being qualified for the certification and seal.

According to her the Government is prepared to work with the private sector to ensure that “every workplace provides equal opportunities and rewards for women and men at every stage.”

The Minister said that:

“Where there are barriers to women’s achievement, we must remove them.

Where there are glass ceilings, we must break them.

Where there is disharmony, we must bring peace and equality”.

The Gender Equality Seal Certification Programme for private and public enterprises is a UNDP initiative which has been implemented by national governments and private companies across Latin America and the Caribbean.

The pre-launch activity in Jamaica was organised by the Bureau of Gender Affairs and the Jamaica Chamber of Commerce.

Equality is not an undesirable goal. Too Many of our men folk forget that a fertile sperm was deposited and there are resulting consequences. A child or children need to be fed. Single moms are invariably left to fend for these “unwanted kids.”

It sounds sad but it is true … we need to be more caring as men.

If women are asked to disproportionately shoulder this burden of taking care of many of these children who are abandoned by carefree deadbeat dads, then equality in pay and other respects should be seriously considered.

In my perspective, this is an idea pregnant for attention. Long overdue to be accorded equality under the law.

Do you agree? The verdict is yours.