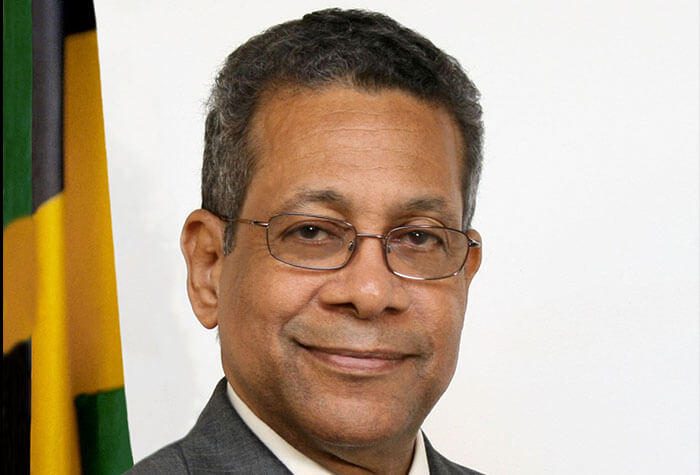 The late former Deputy Prime Minister, Dr. Kenneth Baugh, was hailed by the Senate on September 13, for his “dignified” contribution to nation building.

President of the Senate, Tom Tavares-Finson, said that Dr. Baugh, who also served as Minister of Health and Minister of Foreign Affairs and Foreign Trade, was exemplary in the many areas that he served his country.

“He had a distinguished roster of service outside of the Senate, but it is his service to the Senate that causes me to bring to this Senate, his passing,” the President said of his late colleague, who was a member of the Upper House between 1989 and 1993.

In her tribute, Leader of Government Business in the Senate, Hon. Kamina Johnson Smith, who is also the Minister of Foreign Affairs and Foreign Trade, said Dr. Baugh “stood tall in the hearts and minds of those who knew him.”

The Minister said she took careful note of the many tributes to Dr. Baugh since his passing on September 2.

Persons who he cared for, and those who observed him while “he served our country,” had only genuine and respectful praise for his contribution, she added.

“Dr. Baugh was a decent human being and a statesman. When he served, he did so with humility, grace and integrity. He is well remembered at the Foreign Ministry, both for his statesman like management, and his care for the wellbeing of the staff,” the Minister said.

For his part, Opposition Senator, K. D. Knight, who was a former Minister of Foreign Affairs and Foreign Trade, described Dr. Baugh as “a dignified man.”

“As one saw him, one felt that this was a gentleman. I have never heard him raised his voice. He was a good man. A man of action. As Minister of Health, he made an impact in that role, and the health sector is much the better for Dr. Baugh’s contribution,” Senator Knight said.

The official funeral service for Dr. Baugh will be held on September 19, at the University of the West Indies Chapel, at Mona. 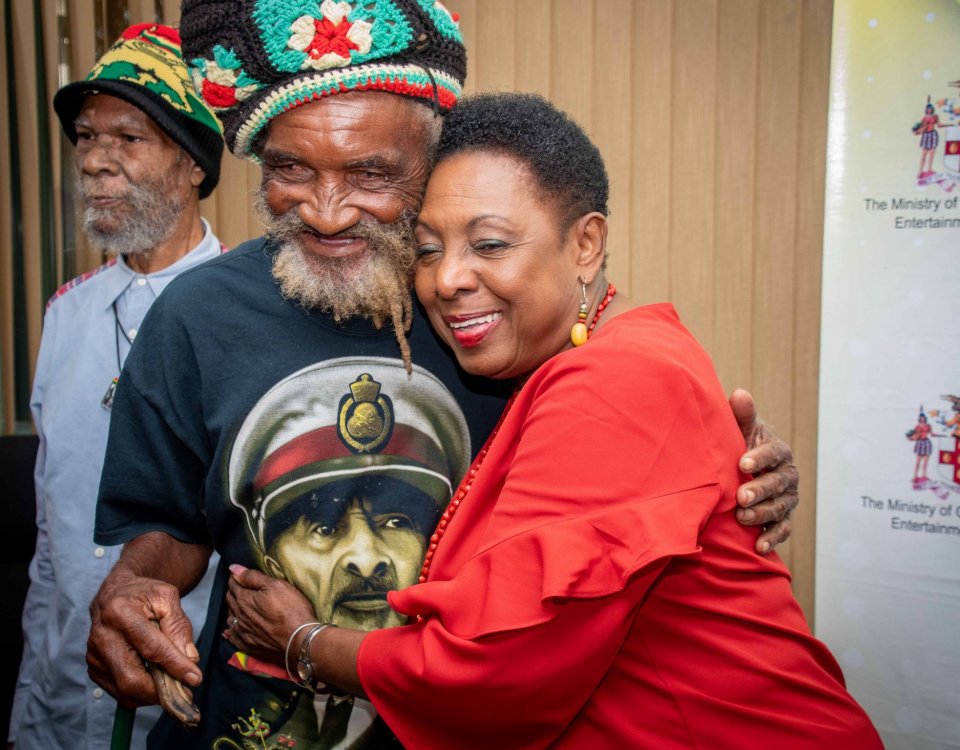 The Minister of Culture, Gender, Entertainment and Sport, the Honourable Olivia Grange, embraces Edward Fray, a survivor of the 1963 Coral Gardens incident, after the formal establishment of the Trust in December 2019. Also pictured is Isaac Wright, another survivor.