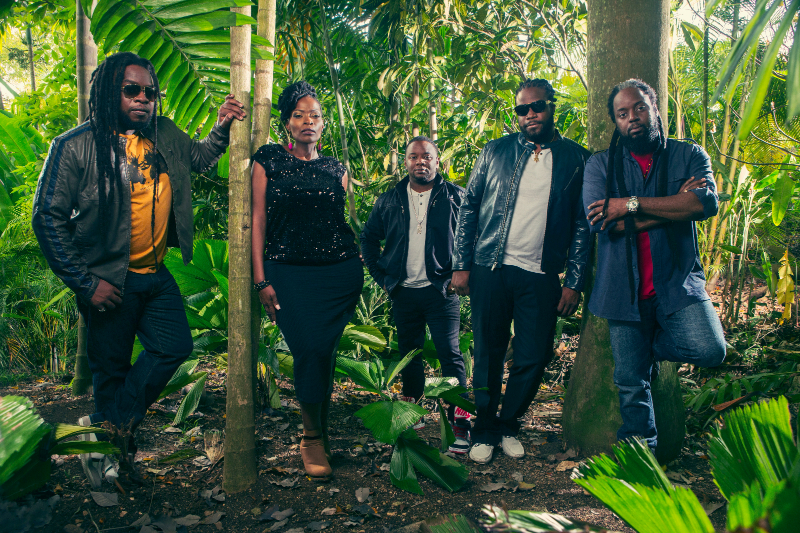 New York City/Jamaica  – On the heels of their successful North American tour, and historical Catch A Fire Tour with Damian Marley, Stephen Marley, and Tarrus Riley, the Royal Family of Reggae Morgan Heritage is poised to cross the ocean seas for their highly anticipated “Strictly Roots” European Tour.

On October 23rd, 2015 the legendary siblings will celebrate the success of the recently released “Strictly Roots” album which reached no. 1 on the US iTunes Reggae Chart and Billboard Reggae Chart, #2 in Switzerland and Holland, #8 in the UK, #3 in Germany and #4 in France on the iTunes Reggae Charts by kicking off the tour in Sheffield, England. The European leg will also see the band deliver their musical gifts in the Netherlands, Germany, France and Switzerland.

Fans throughout Europe eagerly await to witness Peetah Morgan (vocals), Una Morgan (keyboard/vocals), Gramps Morgan (keyboard/vocals), Lukes Morgan (rhythm guitar) and Mr. Mojo Morgan (percussion/vocals) perform classics such as “Don’t Haffi Dread”, “Down By the River”, and new hits such as “Perform and Done”, “Light It Up”, “Wanna Be Loved” and “Strictly Roots” off the album of the same name.

“We, Morgan Heritage want to let all our Fans in Europe know that the “Strictly Roots World Tour” is coming to Europe from Oct – Nov this year. Get ready for it, get ready to see Morgan Heritage like never before. Every show will be an experience you don’t want to miss. Strictly Roots coming at you.”

More Dates to be Announced.