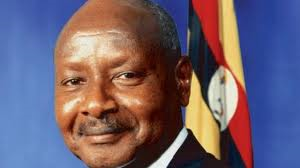 KAMPALA, Uganda _ Ugandan President Yoweri Museveni fired his prime minister, a former ally who is widely expected to seek the presidency in elections in 2016, a decision that some believe signals Museveni’s intention to stay in power after 28 years at the helm.

Prime Minister Amama Mbabazi was the only Cabinet member affected by a reshuffle announced late Thursday, Ofwono Opondo, a spokesman for Uganda’s government, said on Friday. The Prime Minister was replaced by Health Minister Ruhakana Rugunda.

The sacking of Mbabazi was the culmination of an apparent power struggle with Museveni. The president’s close allies earlier this year passed a resolution designating Museveni as the ruling party’s sole candidate. Mbabazi, 65, is one of the most senior members of the ruling party, serving as its secretary-general.

Analysts say Museveni’s move is intended to clip Mbabazi’s wings but could embolden him to seek the presidency, potentially posing the biggest challenge yet to Museveni’s long tenure as president of this East African country.

Some members of the ruling party are openly urging Museveni to retire, although some loyalists insist Museveni remains popular across the country and want him to stay in office. Along with Mbabazi, the speaker of Parliament, Rebecca Kadaga, is also frequently mentioned as a possible challenger for the presidency.

Despite widespread speculation about Museveni’s likely successor, the president has given little hint about his preferred choice in the event of retirement. The rapid promotion of his son, Brig. Muhoozi Kainerugaba, within the ranks of Uganda’s military has fueled concern that Museveni is grooming his son to take over, charges denied by the presidency.

Ladislaus Rwakafuuzi, a Ugandan lawyer and political analyst, said the firing of Mbabazi signalled Museveni was not about to give up power despite growing calls for him to step down. “The man is still here with us,” Rwakafuuzi said. “Museveni is again showing that he wants to be a life president and he won’t accept anybody who will begin to create for himself chances of replacing him.”

After he seized power in 1986 following a guerrilla war, Museveni said he would not rule like some African leaders who kept power for too long. He has since fallen out with some of his former comrades, including opposition leader and three-time presidential challenger Kizza Besigye, who accuse Museveni of straying from the ideals that led them to wage a bush war against dictatorship.