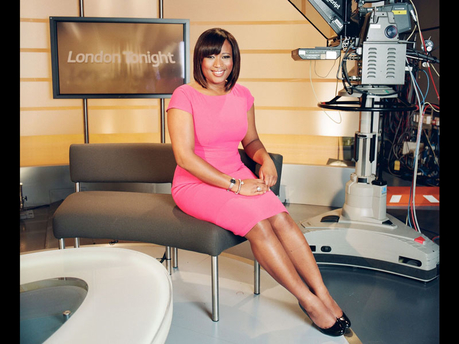 AN ITV newsreader has become the victim of a racist hate campaign for not wearing a poppy on television around the period of Remembrance Day.

Charlene White, one of Britain’s most high-profile black broadcasters, said she doesn’t sport the symbol honouring ex-service personnel on screen, because, “I disagree with one charity getting more on-screen time than others.”

The journalist said her own father had served in the Royal Air Force and she wears a poppy in her free time on Armistice Day (November 11).

Channel 4 news anchor Jon Snow also famously refuses to bow down to what he calls “poppy fascism” and says he prefers to not wear any symbol on air that makes a statement.

But White was singled out by members of the far-right English Defence League in an online hate campaign on Facebook.

Mark Hogg, a self-proclaimed Nazi supporter, urged fellow supporters of the party – often criticised for holding racist views – to “get her email or Twitter and post it to the slg”.

This was followed by a message from a user who asked to make the abuse “viral”. Another added: “They [black people] use our way of life and freedoms to attack us. [I] Suppose she will be wanting [compensation] for the slave trade, too.”

Another member called for White to be sacked for being a traitor “as BBC pays her wage through our licence”. White is employed by ITN.

THE RIGHT TO CHOOSE

White revealed: “The messages of ‘go back to where you came from’ have been interesting to read, as have the ‘fat sg’ comments, and the repeated use of the phrase ‘black c’. Mostly because it flies in the face of everything that millions of British men and women and those in the Commonwealth have fought for for generations, and continue to fight for: the right to choose, and the right of freedom of speech and expression.”

Councillor Duwayne Brooks, the Liberal Democrat mayoral hopeful for Lewisham, told The Voice he was “shocked and outraged that this kind of abuse was taking place in Britain”.

Brooks, who was with murdered schoolboy Stephen Lawrence when they were attacked by racists in Eltham in 1993, has vowed to report the abuse to the police.

“Hundreds of thousands of people from the Caribbean fought in both world wars,” he said. “But just because it is not highlighted in the press does not mean we don’t have a history of defending Britain.”

For the original report go to http://jamaica-gleaner.com/gleaner/20131114/ent/ent1.html