TV stars from ‘Orange Is the New Black’ and ‘Glee’ join NBC’s ‘The Wiz Live!’ this winter 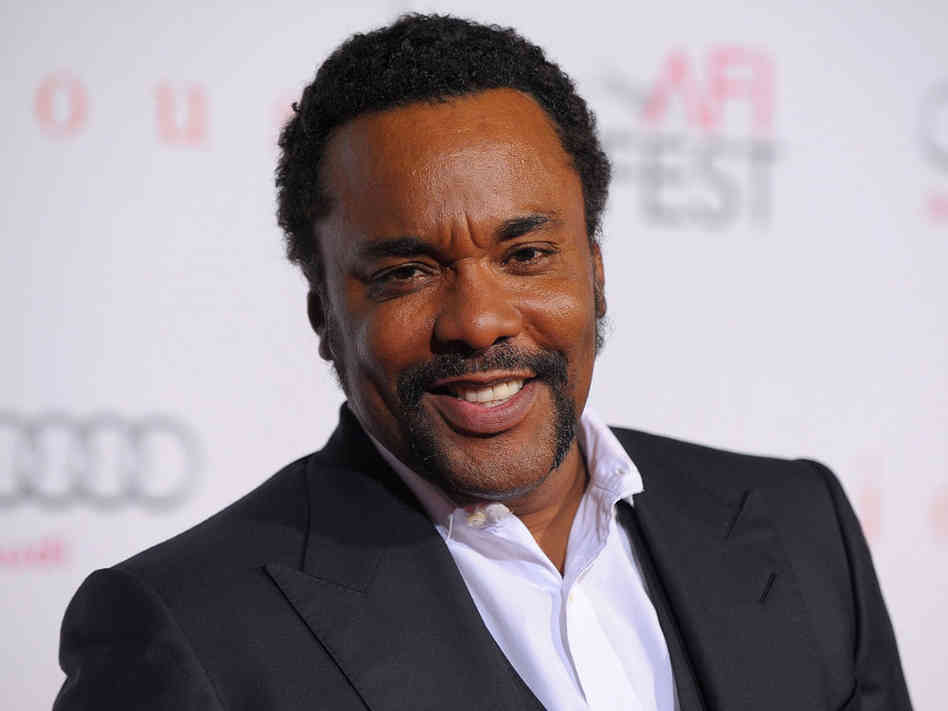 BEVERLY HILLS, Calif. (AP)_ A roundup of news Thursday from the Television Critics Association summer meeting, at which TV networks and streaming services are presenting details on upcoming programs:

BUILDING ON HIS ‘EMPIRE’

Lee Daniels says there will be a spin-off of his smash hit “Empire.”

“Without question,” the series’ co-creator and executive producer declared. “There’s so much ripe story that we’ve talked about already, about Cookie’s family, what makes her her. That in itself is fascinating to me.”

Executive producer Brian Grazer told The Associated Press the agenda before a spin-off can happen is to “never get corny. Completely stay authentic. … As long as it stays dangerous, we’re cool. As long as we can stay that way for this season, these guys can think about a spin-off, we’ll be OK.”

It was also announced that Pitbull will guest star in the second season of the soap about the music business, which returns Sept. 23 at 9 p.m. EDT.

The rapper will play himself and perform with Jussie Smollet, who plays Jamal.

Other guest stars confirmed to appear when “Empire” returns include Chris Rock, Chris “Ludacris” Bridges, Alicia Keys, Kelly Rowland and Marisa Tomei. An appearance by Mariah Carey is also in the works.

Despite the casting announcements, Daniels said producers are being careful to not go into guest-star overload.

“When you start a television show, you don’t really know what you’re doing, and so you think you’ll get your friends together and everything, and I find that the more celebrities, the more stars I put on this show, the more it takes away from the (Lyon) family. The family, the family, the family is the most important thing.”

STRIKING A NEW NOTE AT FOX

Lee Daniels, co-creator of Fox’s mega-hit “Empire,” is developing a new pilot for the network about three young women trying to make it in the music business.

“Star” would follow on the huge success of “Empire,” which arrived in January and not only became the biggest hit of the TV season _ averaging 17 million viewers weekly _ but also provided a shot in the arm for broadcasting overall, the executives declared.

Daniels’ new project is set against the music business in Atlanta and tells the story of three women who form a band.

Also underway is a reboot of “Prison Break.” Originally airing on Fox from 2005 to 2009, this serial drama will bring back its stars, Wentworth Miller and Dominic Purcell, who play beleaguered brothers, for a 10-episode arc.

The original series has been a fixture on Netflix, where it demonstrated sustained popularity as “a whole new generation has caught up” with it, Walden said.

The network had already announced another revival: a series based on the 1980 film “Urban Cowboy,” which may premiere as soon as midseason.

_ A crossover event, timed to Halloween, for “Bones” and “Sleepy Hollow,” which will include a headless corpse and zombie Redcoats.

_ Besides previously announced news that Michael Chiklis will join the cast of “Gotham,” Jason Sudeikis will join his former “Saturday Night Live” castmate Will Forte for season two of “The Last Man on Earth.”

_ A season-long victory lap for “American Idol” as it heads toward its conclusion.

But the music-competition show will also stick to business for its gala farewell cycle.

“The producers feel very committed to finding the 15th American Idol and not let the search … be lost in the celebratory element of the show,” Walden said.

In a world where streaming video networks are grabbing eyeballs and much glory, Newman was asked what traditional broadcast TV networks can still offer. He pointed to “Empire.”

“You can really create a cultural event and a social event,” he said. Thanks to social media buzz and word-of-mouth with each episode aired, “viewer interest fed on itself. The audience continued to grow, because our viewers were doing the marketing for us.”

Sure to stir things up as a TV event: the midseason return of the long-ago bombshell “The X-Files.” A brief clip from this much-anticipated revival was screened for critics, which found Mulder (David Duchovny) still looking for the truth Out There.

“This is not an alien conspiracy!” Mulder tells his long-ago partner Scully (Gillian Anderson). “This is a conspiracy of men!”

Jamie Lee Curtis has a trick to not laughing while filming a scene for Fox’s new series “Scream Queens” no matter how funny the dialogue gets, particularly when it’s improvisation from Niecy Nash.

“Here is my secret,” she says. “I hold either a pushpin or a toothpick between my fingers and I push really hard during every scene.

“Watch my hand. My hand is below the frame and I don’t care what’s happening, whatever (Niecy) has thrown at me. I am squeezing a pushpin between my fingers to make it hurt really bad so that I will not laugh. And that is a testament to the writers, and it’s very, very, very funny, and the situations are crazy, and that is my secret.”

It’s a tactic she’s used for years. She jokes that Kevin Kline still won’t talk to her because she “ruined great takes” by laughing during their filming of the movie “A Fish Called Wanda.”

The show is written by Ryan Murphy, Brad Falchuk and Ian Brennan, who haven’t told the cast who the killer is or if their characters will survive.

“When you’re making a horror show, you need that sense of fear and urgency in the characters,” Falchuk said. “They don’t know if this is the last time they’re gonna see the other person. They don’t know if they’re the killer. … If the actors know it tips it a little bit.”

GETTING SPORTY AT THE EMMYS

The Emmys will be getting quite a warmup this year.

It’s the first time a sports-themed pregame show will air live from the site of the Emmys, Fox says. It begins at noon EDT.

Fox Sports’ slate of games that day will be highlighted by the season’s first installment of “America’s Game of the Week,” an NFC East showdown featuring the Dallas Cowboys visiting the Philadelphia Eagles (4:25 p.m. EDT).

Following that game, coverage returns to the “Fox NFL Sunday” set abutting the red carpet, as the postgame show leads to the top of the Emmys telecast at 8 p.m. EDT.

This year’s Emmycast will be hosted by Andy Samberg, star of the Fox comedy “Brooklyn Nine-Nine,” who joked that he planned to liven up the evening by switching some of the winners’ envelopes.

“I’m going to win for best dramatic actor,” he added with a grin.

In 2007, Samberg, then on “Saturday Night Live,” did win an Emmy, sharing honours for outstanding original music and lyrics.

Asked what that was like, he said it was “somewhere between a surprise birthday party and a fever dream.” Then, once he had exited the stage, “it was just drinking.”

KICKING OFF A NEW TEAM NAME

Fox’s new show “Minority Report” has settled the longtime debate over whether the Washington Redskins should change their name.

Set in Washington, D.C., 50 years in the future, the NFL team has been renamed the Washington Red Clouds in tribute to the famed Indian chief.

In this TV world, it’s 11 years after where the 2002 film left off, and pre-crime arrests are banned.