Pliers Releases“In It To Win It” EP 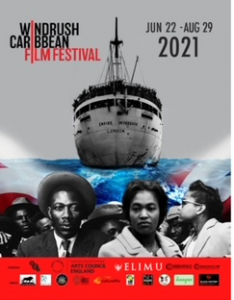 The theme for this year’s Festival is the history of Carnival in Britain, from the first indoor celebration organized by Claudia Jones in 1959 to last year’s virtual Notting Hill Carnival, with a focus on Carnival Arts, including Music, Mas, Costumes, Photography and more.

“WCFF’s programme will draw on the artistic and cultural influences of Carnival in Britain, not only in London but across the country, as well as exploring the creative and educational legacies of Carnival through the artists, artisans and performers involved,” said Frances-Anne Solomon, co-founder of the Festival.

The Festival will feature live events with Q&A sessions. The British Film Institute (BFI) supports screenings.  As well as working with the BFI on screenings, WCFF is also thrilled to announce they are collaborating with Arts Council England (ACE) to continue the Discussions and Workshop series. These will include talks with artists, masterclasses and carnival-related workshops.

Virtual screenings will run from 30 July to 29 August, and the Festival will wrap up with an Awards ceremony. This year, in addition to handing out the coveted Paulette Wilson Award, we will also introduce several new categories, including an Audience Choice Award.

During the Festival, audiences will be able to stream films and engage in discussions from the comfort and safety of their own homes. Patrons can get a Festival Pass here, which provides instant access to WCFF 2021 and throughout the Festival at their convenience.

About the Windrush Film Festival:

In its second year, engage and educate audiences in cinemas and art venues across the UK about the contributions of the Windrush generation and its impact on the country through screenings, talkbacks and micro-cinema challenges that will take place in cinemas, schools, and community centres across the country.