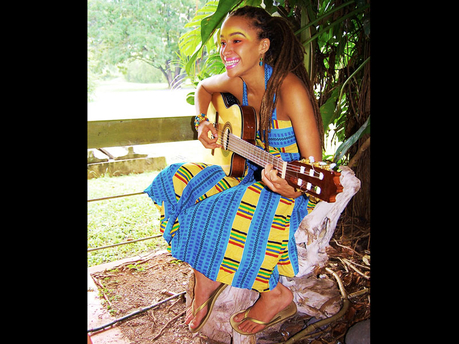 The Initiative Co Ltd, in collaboration with the Office of Social Entrepreneurship, Mona School of Business and Management (MSBM),University of the West Indies (UWI), Mona, is gearing up to host the second staging of 876 Live. The event is described as a musical art exhibition which features performances, with a band, from some of Jamaica’s top reggae artistes.

The event is slated for tomorrow at the Ranny Williams Entertainment Centre, Hope Road, St Andrew, and is being aggressively promoted by entrepreneurs Omar Lynch, Patrick Kahwa and Byron Williams. This year’s staging of 876 Live will be hosted by Sun City radio personality Honi B. Starting at 9 p.m. and ending at 1 a.m., the concert will feature performances from the Kurfew Band, Jesse Royal, Zinc Fence’s Kelissa, Subkonshus’ Delus, and Stratdon.

According to the event’s production coordinator, Patrick Kahwa, the intention is to address the scarcity of live events in Jamaica, especially its cultural hub, Kingston.

“We are trying to get the diaspora, locals, and tourists involved. It’s all about live music, and celebration of Jamaica’s rich cultural heritage. There are little options as it relates to entertainment regarding live music and it is our goal to play our part in providing that commodity to entertainment enthusiasts,” Kahwa said.

Patrons with a valid college ID will be admitted on a $1,000 2-4-1 deal. General admission at the gate will be $1,000. Presold tickets are also available at $800. Tickets will be available at the venue on the day, or persons can call 858-2193 for information on how to acquire tickets early.

The concert is being sponsored by MSBM, Supreme Systems, and Monymusk Rums, which will provide drink specials.

Only two weeks ago, former Minister of Youth and Culture Olivia ‘Babsy’ Grange said there was the need for more live events in Jamaica. According to Grange, as she spoke at a forum hosted by JACAP at the Knutsford Court Hotel, an international dignitary visited the island and was seeking live entertainment in Kingston. However, most of the clubs only played foreign music and dancehall, therefore the person left the country disappointed and shocked at the scarcity of live reggae music.

876 Live was launched in July of last year.

For the original report go to http://jamaica-gleaner.com/gleaner/20130927/ent/ent1.html