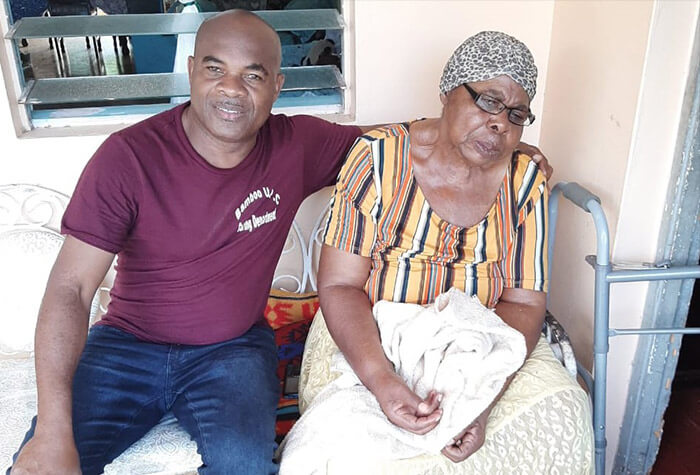 Mr. Small and his team of volunteers journeyed to more than 10 communities, including St. Ann’s Bay, Bamboo, Brown’s Town and Philadelphia, distributing food and offering words of encouragement to the less fortunate. 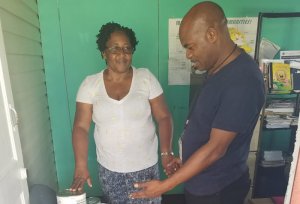 He said the idea for the annual feeding programme was born six years ago, when he recognised the need in the targeted communities.

The devout Christian said his mother also impressed upon him as a boy to always give a helping hand to the disadvantaged in any way he can.

“My mother and my grandmother always gave back to the community. One New Year’s, I recognised that there were people in my community (Bamboo) that could hardly find a meal. So, I called a church sister and we cooked some meals and we drove around in the community on New Year’s Day (2014) and all the food ran out. I decided to continue,” he said.

Mr. Small added that he was overcome with emotion when he saw the joy etched across the faces of those who benefited.

He said the gesture was made possible through donations from members of the Jamaican Diaspora in the United States as well as money from his personal savings.

Meanwhile, Chef Richardo Hurd, who prepared the meals, told JIS News that it gave him immense joy to be able to participate in such a cause.

“Three years now I have been collaborating with Mr. Small in giving back to the community of Bamboo. We cater to the elderly and special people. It is a privilege to give back. It is a warm feeling,” he said.

Beneta Richards of Bamboo, who is 79 years old, told JIS News that she was grateful for the kind gesture, noting that it “feels good to know that someone cares”.

In the meantime, the Widow’s Mite Children’s Home in Alexandria, St. Ann, received groceries from Mr. Small, which will benefit the 17 special needs children at the facility.

Administrator at the Children’s Home, Gwendolyn Howell, expressed gratitude for the donation, noting that it benefited the children tremendously.

“We are very grateful for the donation, because we are in the deep rural area [of] St. Ann, so we don’t get a lot of this. So, when somebody sees the need and gives the children something, we really appreciate it,” she told JIS News.