NEWARK, N.J., Aug. 5, 2021 /PRNewswire/ — Ernst & Young LLP (EY US) today announced that Dr. Randal Pinkett and Lawrence Hibbert, Founding Partners of BCT Partners were named Entrepreneurs of The Year® 2021 New Jersey Award winners. The Entrepreneur of The Year Awards program is one of the preeminent competitive awards for entrepreneurs and leaders of high-growth companies. The award recognizes those who are unstoppable entrepreneurial leaders, excelling in talent management; degree of difficulty; financial performance; societal impact and building a values-based company; and originality, innovation and future plans. Dr. Pinkett and Mr. Hibbert were selected by an independent panel of judges, and the award was announced during the program’s virtual awards gala on July 26, 2021. 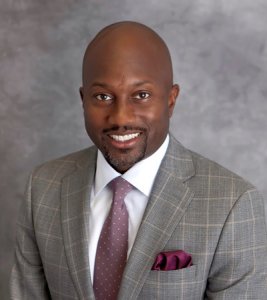 As Mr. Hibbert stated, “Randal and I are so proud to have won this award.  When we started BCT Partners with our two other founders, we had vision and determination but no guarantee as to whether that would translate into a long-lasting business.   20 years later, we have not only built a successful company that we are still running together, but we are making a lasting social impact.  We are driving diversity, equity, and inclusion forward through the power of our people, data insights and technology.”

For 35 years, EY US has honored entrepreneurs whose ambition, courage and ingenuity have driven their companies’ success, transformed their industries and made a positive impact on their communities. Dr. Pinkett and Mr. Hibbert will go on to become lifetime members of the esteemed multi-industry community of award winners, with exclusive, ongoing access to the experience, insight and wisdom of fellow alumni and other ecosystem members in over 60 countries — all supported by vast EY resources.

As New Jersey award winners, Dr. Pinkett and Mr. Hibbert are now eligible for consideration for the Entrepreneur of The Year 2021 National Awards. Award winners in several national categories, as well as the Entrepreneur off The Year National Overall Award winner, will be announced in November at the Strategic Growth Forum®, one of the nation’s most prestigious gatherings of high-growth, market-leading companies.

The Entrepreneur of The Year program has honored the inspirational leadership of entrepreneurs such as:

Founded and produced by Ernst & Young LLP, the Entrepreneur of The Year Awards are nationally sponsored by SAP America and the Kauffman Foundation. In New Jersey sponsors also include DLA Piper, Marsh McLennan, and PNC Bank.