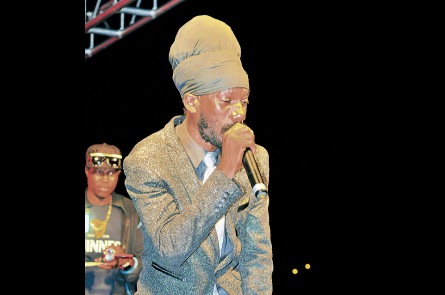 WORLD Beat Promotions, promoters for Full Black party/live show, are citing improper stage management as the reason for the event’s premature ending in the wee hours of Monday morning.

The show, which was held at the New Mas Camp in Kingston, on Sunday, was discontinued at 3:00 am by the police. Headliners billed, including Bounty Killer, Elephant Man, Sizzla, I-Octane, and Macka Diamond, were yet to perform leaving hundreds of fans angry.

Sizzla had his microphone turned off after an a capella version of Thank You Mama.

“We unreservedly apologise to patrons attending Full Black,” said a statement to the Jamaica Observer.

“The stage manager is totally at fault for having an extended amateur section.”

The promoters also commended the police for their cooperation and professionalism.

The show came to an abrupt ending after Lady Saw closed her 20-minute, sexually laced set.

I-Octane and Sizzla, who took the stage immediately after Saw’s performance, had their microphones turned off.

I-Octane said he was disappointed he never got a chance to perform.

“I just ready to take it to them (the patrons) when the mic was turned off. But you can’t blame the police. They were doing their job. The early set should have been fewer,” he said.

The My Life singer said tighter stage management could have averted the problem.

There were more than two hours of early acts.

For the original report go to http://www.jamaicaobserver.com/entertainment/Full-Black-promoters-say-sorry_15305009