Content For the People, By the People – Yada TV Network Inc

Hon. PJ Patterson Gets On Board 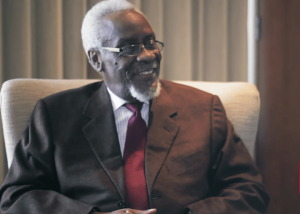 The push is on in top gear, to clear The Right Excellent Marcus Mosiah Garvey’s Name of false criminal charges brought against him by reactionary, if not also racist elements in the United States Of America (USA) which were trying to tear down a progressive black leader and initiative. The Black Star Liner was a flag ship which was set up by Garvey’s United Negro Improvement Association (UNIA).

Reactionary elements in the USA saw the UNIA as a threat to the status quo. It was perceived as an avenue to make black people independent and self-sufficient. The racist leaning whites and officicialdum did not want this to happen. So a plot was conceived to bring down the UNIA. The CIA and other groups were asked to spy on the UNIA.

Marcus Garvey was named as the first National Hero of Jamaica. His remains were exhumed and returned to Jamaica. It is important that his name be cleared of trumped up criminal charges and subsequent conviction based on Court records. There was great injustice in the trial. Evidence was shaky to say the least. Lawyers who have examined the case records, have concluded that Garvey was not given a fair trial. It was injustice that was blatant. Yes, there are court records very much in tact. 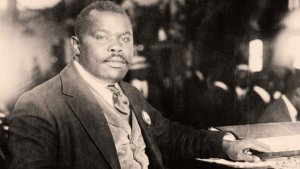 We hope that this desirable objective will be successful. There has been a move a foot for decades to have Garvey’s record expunged. This distasteful, demeaning, despicable, and disgusting if not disgraceful act of injustice is being dealt with decisively to get a successful conclusion.

Professor Verene Shepherd, host of talking History, said that the time has come for a wrong to be righted for Garvey’s Name to be cleared. She has asked all to visit the site: www. Justice4garvey.org. Let your voices be heard.

The PJ Patterson Centre … held a conference at the University of the West Indies recently. Former PM of Jamaica The most Honourable PJ Patterson has declared that:

“Garvey has not committed any crime. Evidence was presented at his trial and an anvelope was tendered in evidence. The contents of this envelope were not exposed to the jury at what can be described at Garvey’s bogus trial. From all indications that envelope in question, could very much be empty. In a court of law that is not how evidence is presented. This approach is grossly irregular, if not illegal. This was done because there was nothing illegal that could be held against Marcus Garvey. Garvey was an honourable man and Governor J. Hoover of the U.S. wanted him deported.”

“We are not begging anything. Garvey’s Name is long overdue to have his record cleared.”

So concluded a strident Hon. PJ Patterson, attorney-at-law who is working to clear Garvey’s Name. We are compelled to conclude that this is the right thing to do.

This was the strong defence being presented by Hon P. J. Patterson, a noted lawyer and former PM of Jamaica.

Time is ripe for this wrong to be corrected. It would be great to have this done during our Jubilee Year as Jamaica celebrates 60 years of independence. It would be a great gift to people of colour.

Hopeton O’Connor-Dennie, is a poet, elegist, author and senior international journalist who writes for Vision Newspaper.