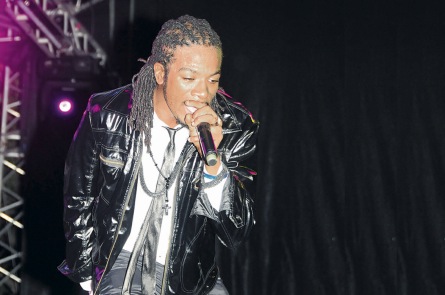 REGGAE singer Gyptian has become the first Jamaican act to score a number one album on the Billboard Reggae album chart in almost a year.

A&R honcho at VP Records, Neil Robertson attributed the encouraging opening numbers to Gyptian’s work ethic and a detailed action plan, which included a promotional run in the UK and the US.

“The work on the road made this happen. We need more Jamaican acts to put in the work. To sell music in this market you have to be active. If artistes work with the label in partnership we can achieve more number one albums,” Robertson told Splash in an interview.

“The tour was all clubs. We did a mix of club dates for key radio stations and out on the West Coast we focused on influencers in the market,” Robertson said.

The single enjoyed a favourable run on several Billboard charts in the US as well as the UK singles chart.

The last album by a Jamaican reggae act to reach number one on the Billboard Reggae chart was Beres Hammond’s 2012 effort One Life, One Love.

For the original report go to http://www.jamaicaobserver.com/entertainment/Gyptian-tops-Billboard-chart-on-his-debut_15407130