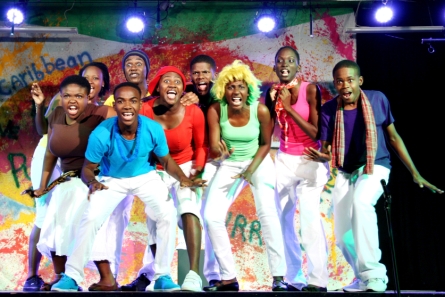 KINGSTON, Jamaica — The Jamaican production of “Wi Love Wi Self” directed by Akeem Mignott took 11 major awards, including that of Best Overall Performance, at the Caribbean Schools’ Drama Festival held in Christ Church, Barbados from December 8 to 15.

While in Barbados, the Jamaican contingent also performed for students at the Alexandra School in the Saint Peter district and participated in cultural workshops and a Caribbean Youth Forum on Caribbean Single Market Initiative and Theatre Arts in the region.

The trip to the festival, which was organised by the Barbados Association of Drama Educators, was made possible by sponsorship from the CHASE Fund.

For the original report go to http://www.jamaicaobserver.com/entertainment/Jamaica-wins-Best-Performance-at-Caribbean-Schools–Drama-Festival