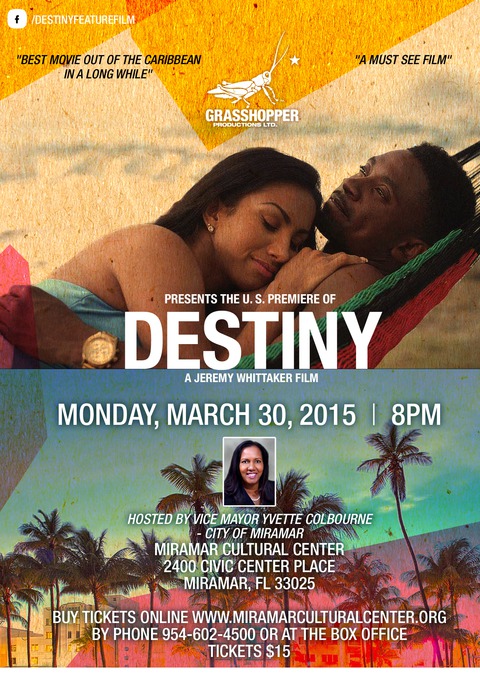 A breath of fresh air! That’s the phrase that best describes Jeremy Whittaker’s breakout film, Destiny. The film now holds the record of the “Longest running film at the Box Office in Jamaican history.” The film features a host of local talent, and boasts a captivating story line and a dynamic soundtrack.

The film, chronicles the story of Lisa Pullen, played by lead actress Karian Sang, as she journeys to find herself following the death of her parents and a tumultuous break-up with her boyfriend. A trip to Jamaica to sell land acquired through inheritance leads to much more, as Lisa not only uncovers truths about her family’s past, but also finds herself while falling in love. Destiny masterfully and artistically portrays Jamaican culture and music.