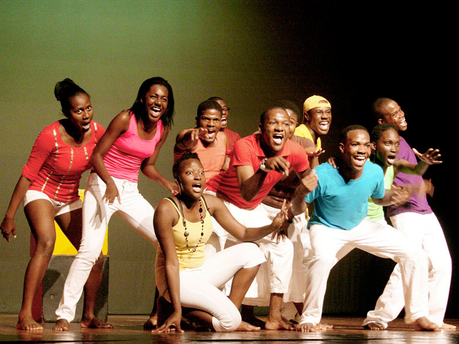 Eleven student actors from local high schools across Jamaica have been selected to represent the island nation at the upcoming Caribbean Secondary Schools’ Drama Festival in Barbados from December 8-15.

The group comprises of students from various high schools in Jamaica who have participated in the Schools’ Drama Festival of Jamaica.

Jamaica’s entry to the regional festival is a devised theatre piece called Wi Love Wi Self, which examines and articulates self-awareness, self-love, tolerance and acceptance.

Wi Love Wi Self is cutting edge popular theatre and is a collection of dub poetry, skits, songs and movement which targets young people as a means of social change.

The production is directed by Akeem Mignott, a final-year student of the Edna Manley College of the Visual and Performing Arts.

Leading the Jamaica delegation are Quindell Ferguson, chairperson of the Schools’ Drama Festival of Jamaica, and local playwright Aston Cooke, who serves as facilitator for the Jamaica Youth Theatre.

The trip to Barbados for the Caribbean Secondary Schools’ Drama Festival is made possible by the CHASE Fund.

For the original report go to http://jamaica-gleaner.com/gleaner/20131204/ent/ent1.html