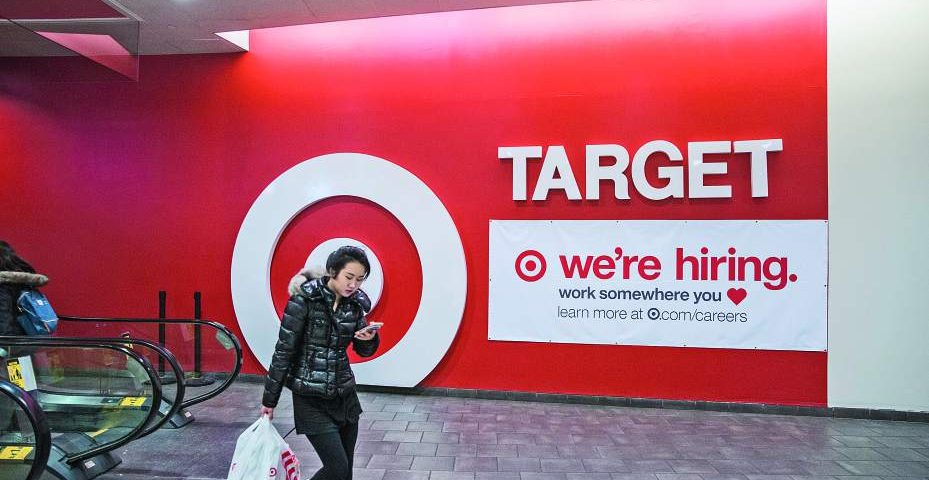 As part of the settlement, filed on behalf of a class of job applicants, Target Corporation will institute a hiring process for class members to obtain jobs at any of Target’s approximately 1,800 U.S. based retail stores. Class members who would not benefit from a Target job (because, for example, they are already employed, retired, or have a disability) are eligible for a cash award. The settlement, under which Target has agreed to pay over $3.7 million, was filed contemporaneously with a complaint in the Southern District of New York and is subject to court approval.

“Target’s background check policy was out of step with best practices and harmful to many qualified applicants who deserved a fair shot at a good job,” said Sherrilyn Ifill, President and Director-Counsel at LDF. “Criminal background information can be a legitimate tool for screening job applicants, but only when appropriately linked to relevant questions such as how long ago the offense occurred and whether it was a non-violent or misdemeanor offense. Overly broad background screenings unfairly limit opportunities for Black and Latino applicants due to widespread discrimination at every stage in the criminal justice system. We commend Target for agreeing to this settlement, which will help create economic opportunities for deserving Americans.”

In the settlement, Target has also agreed to work with two of the nation’s top experts to review its current background check policies and determine what needs to be revised in those policies so that only applicants whose criminal record is job related and recent enough to pose a realistic threat to the company and its customers faces disqualification. Target will also make a monetary contribution to assist not-for-profit organizations that provide re-entry support to individuals with criminal records.

Under Target’s criminal background check policy, a disproportionate number of otherwise qualified African-American and Latino applicants were automatically disqualified from employment opportunities. In the lawsuit, LDF and Outten & Golden represent Ms. Carnella Times and Mr. Erving Smith, who received conditional employment offers from Target after interviews. The offers were later revoked when the company’s screening process found that Ms. Times had two decade-old misdemeanor convictions and Mr. Smith had a decade-old drug-related felony. The Greater Hartford Legal Aid, Inc. filed the initial charge of discrimination on behalf of Ms. Times with the U.S. Equal Employment Opportunity Commission in 2006.

“I faced many challenges because of a conviction in my early twenties,” said Mr. Smith. “But with perseverance, a great support system, and the opportunity to obtain a living wage, I have become a successful tax-paying member of society. Everyone deserves a second chance and I am happy that Target has agreed to offer qualified individuals jobs.”

The Fortune Society, a not-for-profit organization dedicated to the successful reentry and reintegration of formerly incarcerated individuals, is also represented in the lawsuit based on its claim that Target’s hiring practices affect many of its clients who apply and are denied employment or are deterred from applying because of the company’s policy.

“The people with justice involvement we serve are eager to make a better life for themselves by advancing their careers, supporting their families, and growing as a positive force in their communities,” said JoAnne Page, President and CEO of The Fortune Society. “These individuals have valuable skills and a desire to succeed and can do so if offered an opportunity. With today’s settlement, Target has taken an important step forward to removing employment roadblocks that prevent our clients from achieving success. We encourage all employers to consider applicants based on qualifications, regardless of justice history.”

Plaintiffs allege that Target’s policy violated Title VII of the Civil Rights Act of 1964, which prohibits employment practices that have an unjustified disparate impact on the basis of race and national origin. Among other failings, Plaintiffs allege that Target’s policy penalized applicants who did not fully disclose arrests or convictions, whether for memory lapses due to the age of convictions, confusion as to whether they had been actually convicted of certain crimes or whether their convictions had been removed from their records or sealed under youthful offender or other laws. Plaintiffs further contend that Target barred candidates from employment for unnecessarily long periods following a conviction and that it lacked a system for considering candidates’ rehabilitation since the time of their conviction.

“As one of the largest employers in the U.S., Target can serve as a model to other employers—proving that fair and nondiscriminatory screening policies can still ensure companies hire skilled and reliable employees,” said Ossai Miazad from Outten & Golden.

The use of criminal background checks by employers has a tremendous impact on African Americans and Latinos across the country. It is estimated that roughly 85 million Americans now have some kind of criminal record. Due to the bias and prejudice in our criminal justice system, African Americans and Latinos are disproportionately likely to have an arrest or conviction record. Further, criminal background checks have become a routine aspect of most employers’ hiring processes. A 2017 report by the Urban Institute noted than more than 80% of employers conduct these checks.

LDF has a long history of fighting for economic justice and equal opportunity in the workforce, including in the 1971 Supreme Court’s seminal case Griggs v. Duke Power Company, which recognized the unjustified disparate impact theory of liability under Title VII. Additionally, for more than a decade, LDF has worked to combat discriminatory barriers facing individuals with criminal records. In December 2017, LDF announced a settlement of its case against the Washington Metro Area Transit Authority regarding its criminal background screening policy for job applicants and employees.

Outten & Golden, an employment and civil rights law firm, is committed to representing individuals who have been denied employment because of their criminal histories. In 2017 the firm received the 2017 Trial Lawyer of the Year Award from Public Justice for an unprecedented class action settlement after achieving class certification in a case challenging the use of criminal history records to deny hundreds of thousands of applicants temporary jobs during the 2010 decennial census.

Founded in 1940, the NAACP Legal Defense and Educational Fund, Inc. (LDF) is the nation’s first civil and human rights law organization and has been completely separate from the National Association for the Advancement of Colored People (NAACP) since 1957—although LDF was originally founded by the NAACP and shares its commitment to equal rights. LDF’s Thurgood Marshall Institute is a multi-disciplinary and collaborative hub within LDF that launches targeted campaigns and undertakes innovative research to shape the civil rights narrative. In media attributions, please refer to us as the NAACP Legal Defense Fund or LDF.

Outten & Golden LLP is an employment and civil rights law firm, with 60-plus attorneys and offices in New York, Washington, DC, San Francisco, and Chicago, representing employees, executives and partners in all areas of employment law. For more information, visit: www.outtengolden.com.

Founded in 1967, The Fortune Society has advocated on criminal justice issues for more than five decades and is nationally recognized for developing model programs that help people with criminal justice histories to be assets to their communities. Fortune offers a holistic and integrated model of comprehensive service provision. Among the services offered are discharge planning, licensed outpatient substance use and mental health treatment, benefits enrollment and access, alternatives to incarceration, HIV/AIDS case management, health services, career development and job retention, education, family services, and supportive housing as well as lifetime access to aftercare. For more information, visit www.fortunesociety.org.