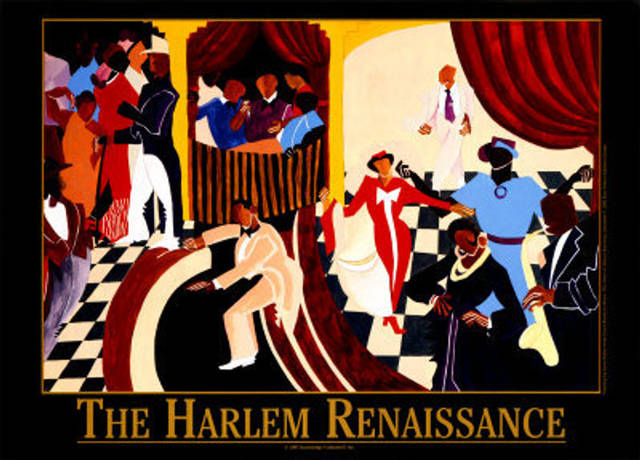 COLUMBUS, Ohio, April 5, 2018 /PRNewswire/ — More than 30 Columbus area arts and cultural organizations are planning programming throughout 2018 and into early 2019 to celebrate the 100th Anniversary of the Harlem Renaissance. There will be dozens of opportunities for the public to experience the work of Harlem Renaissance artists, their legacy and connection to Columbus, as well as the work of Columbus-based African American artists through exhibitions, performances, festivals, film, video, community conversations and much more.

The Harlem Renaissance was an intellectual, social and artistic explosion that took place in Harlem, New York — a rebirth of African-American arts. It is generally considered to have spanned from about 1918 until the mid-1930s, but many of its ideas, and the spirit, impacted the world for decades to come. Though it was centered in the Harlem neighborhood in New York City, the movement spread across the urban areas of the greater Midwest, including Columbus, Cleveland and Cincinnati.

“It is the story of a nation through the prism of artistic soldiers. And all they wanted was peace. There’s not been another epochal period like this when we saw giants — and I mean giants,” said journalist and author Wil Haygood.

I, Too, Sing America – the Harlem Renaissance at 100 seeks to unify the greater Columbus community through the history, heritage and global influence of the Harlem Renaissance. The year-long initiative will feature community programming like Shadowbox Live’s original production The Dream this spring and the Columbus Black Theatre Festival in July. Visual artists will be represented at the Columbus Museum of Art’s I, Too, Sing America exhibition opening in October, as well as the Ohio History Connection’s show featuring Poindexter Village. In August African American artists will be featured in the galleries of the Short North Arts District and in public murals around the neighborhood. In the fall, King Arts Complex and BalletMet team up to host a 1920s speakeasy-inspired performance; the Dance Theatre of Harlem and the Harlem Gospel Choir will also make visits to Columbus.

Visit cbusharlem100.org/event-directory for a full listing of all the performances, exhibitions, festivals, community conversations and other events centered on Columbus’ celebration of the 100th anniversary of the Harlem Renaissance.