The Opposition Leader Hon. Mark Golding has been deafingly silent so far on the firestorm which has been engulfing the 83 year old People’s National Party (PNP). The salacious sexual allegations facing the General Secretary Dr. Dayton Campbell is causing a big problem for the  image of the PNP.  Nothing has been proven nor any charges so far have been brought against Dr. Dayton Campbell.

“Dr. Dayton Campbell is an upstanding citizen and the credibility of his accusers are in question. I can see no reason for Dr. Campbell to resign or step aside.”

“The party (PNP) has written to the police asking them to investigate the statements/affidavits filed against Dr. Dayton Campbell in Court “

Mark Golding did not stop there. He went on to say inter alia:

So concluded a rather firm Opposition Leader and party president of the PNP on a visit to Westmoreland last weekend being  interviewed on location. 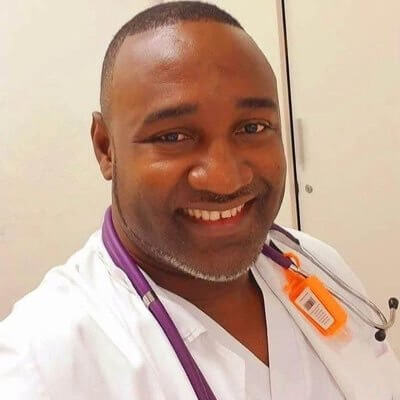 Reports not denied so far are that statements filed in the Supreme Court (High) have been redacted.  This means certain details have been blocked out.  Why?

We have no evidence that there is anything suspicious, untoward or sinister in this redacted matter.

“It is not unusual that redaction is done certainly not unusual. In a case in England a certain case, The Queen against X,  the defence appealed the matter of redacted sections of the court document and the appeal court saw nothing wrong and therefore ruled against the defence”

So stated the noted attorney in response to the redaction matter.

When asked about any challenge to JP’s certifying the affidavits. The Queen’s Council, who is the go to guy and no stranger to media interviews stated inter alia:

“In civil or criminal matters it is up to the attorney to ask for a certificate accompanying the statements. At the Case Management time the necessary applications can be made by the defence for full disclosure”

Asked if the live bodies must be brought to court? Peter Champaigne responded inter alia:

“New rules now dictate that witness (s) can give their evidence outside or remotely by video link or zoom called Special Measures.”

On the matter of affidavits reportedly signed by two different Justices of the Peace (JPs). which have been attached to the deformation lawsuit file in the Supreme Court.

“A declaration or certificate may be demanded to challenge the veracity of the statements made and must be done under oath.”

So concluded the well known attorney at law who is also a queen’s council.

“I would not suggest that Dayton Campbell should step aside or resign. He is entitled to natural justice which should be respected”

The former General Secretary was firm in his response. He was not wavering in any shape or form.  He further said inter alia:

“Even if Dr. D. Campbell is charged it does not mean he is guilty and may be acquitted.  I am aware of many charged in the PNP like Dr. D.K. Duncan who was charged and later acquitted of a criminally related charge.”

“I recall that The Most Hon. PJ Patterson, former PM for the PNP, once said that in a similar case we could not ask a member to step aside. That member is entitled to natural justice and could sue the party.”

The debate goes on as to whether or not Dr. Dayton Campbell should step aside or resign in light of salacious accusations.  We should pay close attention to the fact that we are all entitled to natural justice.

Let us extend the same courtesies to Dr. Dayton Campbell and MP George Wright et al.  We are all presumed innocent until proven otherwise in a court of law.

Hopeton O’Connor-Dennie is a veteran journalist who has a keen interest in decency, fair play and probity in public life.