All of Government Working Together To Fight Domestic Violence

This is a most historic event in Jamaican history which marks 156 years since whites massacred over 400 black freed slaves in St. Thomas Jamaica. The freed slaves had revolted to bring attention to their suffering.  This revolt was mercilessly crushed. Houses burnt and suspects were rounded up and hung. 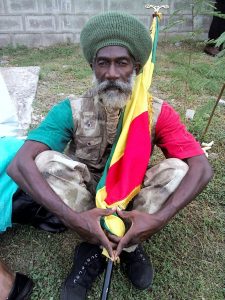 The Renaissance Foundation presents a panel discussion on the Morant Bay War which started on October 11, 1865.

Shauna, committee member notes 460 names … monument committee.  They are being prepared by the teachers as part of CXC to involve the students to learn about the Morant Bay War.

The objective of the Renaissance Foundation is to look at the social and economic growth in St. Thomas.

A possible walk to Stony Gut Is being considered.

“We are now seeing the fall out from the lack of historical teaching in Jamaica and the Caribbean. “

The Professor has been pushing for mandatory teaching of history in our schools. She was speaking on October 2, 2021 on the programme she hosts on Nationwide News Network 90.3FM

The panel is to be moderated by Mrs. Dionne Jackson-Miller.

“The GG has been asked to declare October 11, 2021 as Morant Bay Day. There has been an acknowledgement of the correspondence, but no confirmation to date.”

“Have you reached out to Minister Grange, who is Culture Minister? It is something the Minister would be interested in” further stated Professor Shepherd.

I am a native of Port Morant, St. Thomas Parish. It is 156 years since the bloody war. Vision carried in 2014 or 2015 the trial of Governor Eyre. He was found guilty in a mock trial.  He ordered the massacre as the white Governor.

Hopeton O’Connor-Dennie, a poet and elegist and senior international journalist who writes for Vision newspaper.