Chris Matic – Rather Be With You

Nesbeth on track to woo the London audience

MR. VEGAS RELEASES BRUK IT DOWN 2.0 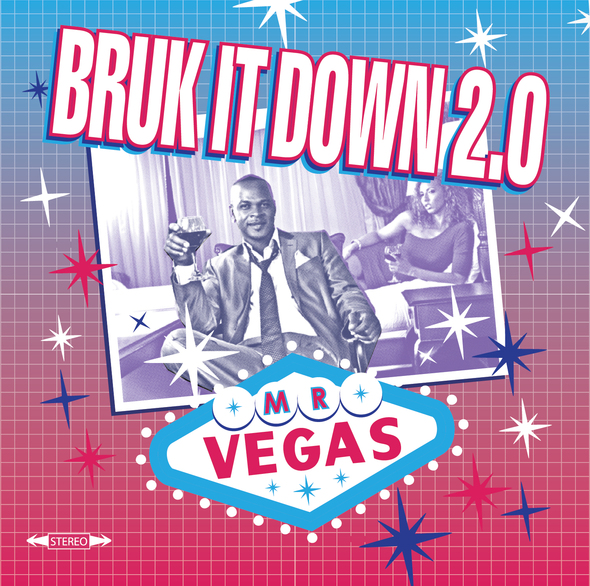 Kingston, Jamaica:- Named after his recent international cross over hit single, the Bruk It Down 2.0 album (MV Music) follows his innovative proven approach. Grounded in Reggae Dancehall, Bruk It Down 2.0 demonstrates Mr. Vegas’ uncanny ability to tap into a seamless mix of House, Reggaeton, Soca, pop and Dubstep. But it’s not simply Vegas going it alone. A who’s who of production talent from Clevie to Danny Browne, Studio 758 and Jah Snowcone, help Bruk It Down 2.0 connect the foundation of Reggae Dancehall with cutting edge musical movements. On the mic, Vegas is joined on the title track by Barbados’ very own, the Soca queen Alison Hinds while Reggae crooner Lukie D, foundation Dancehall favorite Flourgon and Reggaeton artist El Boy C are also on board, as well as St Lucian songstress Terri. Set to release September 24, 2013, the 16-track ensemble is Vegas’ 9th studio release and the second from his own label imprint, MV Music.

The electric vibe of Bruk It Down 2.0 picks up where a series of #1s left off. Indeed, the original Bruk It Down” single (2012) went #1 on the MTV Base Chart, number one in Jamaica and number one on BBC 1Xtra in the UK. Here, “Bruk It Down” featuring Bajan Soca queen Alison Hinds enriches the original version with the indigenous Calypso sounds of ‘ah bottle and spoon’. Staying in the region and keeping it ‘caliente’, Mr. Vegas links with El Boy C to spark an electrified Reggaeton track “Vamos” (‘Let’s Go’). In due fashion, the record is ready for “Take Off” when Terri lends her seriously seductive and catchy hooks to a synthy Dancehall track that didn’t need the help. But this is Bruk It Down 2.0. And when Jamaican super-producer Clevie returns for “It’s A Beautiful Life” years of collaboration with Mr. Vegas shine through on the composition. Using clever melodic flows, as well as crucial production support from Jah Snowcone, Steadly and Chuck T, Vegas focuses on what is most essential on the soulful, R&B-esque “Slow Jam” before “Run Up And Down”, ramps up the energy once again. Finally, “Wet Party” featuring rub-a-dub Dancehall veteran Flourgon, whines, wheels and pulls up the vibes for a fresh party sound that’s wonderfully familiar at the same time. Based around the Paragon’srocksteady hit “On The Beach” recorded for Duke Reid in 1967, Mr. Vegas and Flourgon here provide the classic 2.0 version.

Rooted within the Reggae movement, which itself drew on Soul, RnB and Gospel, Bruk It Down 2.0 points us to the next era of Dancehall Reggae music. It is one in which Jamaican riddims embrace contemporary Drum & Bass and the synthy sound scapes of House and Electronic genres create new horizons. Indeed, Mr. Vegas offers a captivating, head nodding and hip shaking musical interpretation of what is to come.

Buy it now on Itunes: