PERSPECTIVE: THE ACT OF “SOFT” DENATIONALIZATION OF JAMAICAN CITIZENS LIVING OVERSEAS BY THE ISSUANCE OF A GLOBAL IMMIGRATION CARD IS BAD PUBLIC POLICY 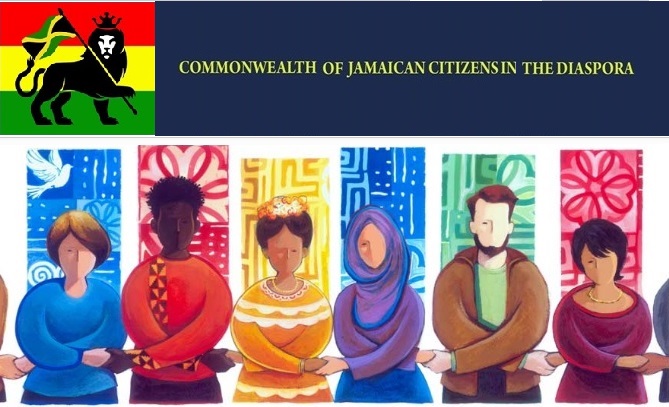 Why should I need a Migrant’s Card to visit the land of my birth?. It appears to conjure up the notion of institutionalized social and ethnic stratification or could be part of a broader scheme according to Mr. Michael Lee-Chin to “gentrify” the Jamaican population in his presentation to the 55 Diaspora Conferences in Kingston, July of this year. It leads me to speculate that under the proposal to amend the Jamaican Immigration Act in what the Economic Growth Council (EGC) described as creating an “Open-Door Immigration Policy” could part of this process of gentrification or ethnic stratification. Weakening the Jamaican Diaspora is also weakening the social fabric of Jamaicans at home as their social stability and growth are directly linked to the call for greater political and economic inclusion of the Diaspora by way of a vote.

The fight for political and economic power is essential to the Jamaican Diaspora for ensuring governance conditionality which would transform Jamaica into a modern democracy. We are so accustomed to being spoken to, we have lost our ability to think beyond the obvious and instead accept the narratives they put out there to divide and control us. People wake up. If you accept a Global Diaspora Migrant Card, which doesn’t carry the rights as a passport holder, you may also lose your financial assets if the banks or the National Housing Trust (NHT) fail in Jamaica, owing to the lack of “binding state action” under international law. Issuing a Diaspora Jamaican passport would meet this requirement and be more cost effective and legally binding than a migrant card.

The legal implication of holding a Global Immigration card is that under International Law, the Government of Jamaica (GoJ) can apply “The Dominant and Effective” nationality test in situations of dual nationality to deny you entry and treat you like non-Jamaican if you do not possess a Jamaican passport upon entry. Over time, successive changes to the Immigration Act without the express statement of senior government official in support of dual citizenship will effectively denationalize all Jamaicans living overseas and not holding a Jamaican passport or any travel document not having the same rights and authority as a passport due to lack of “binding state action” under international laws.

It is for this reason that the Prime Minister, Andrew Holness has been silent on the issue of citizenship rights for overseas Jamaicans under the new proposal to issue migrant cards (visa) to Diaspora Jamaican. “Nonetheless, the argument can be made that passport issuance is a suitable triggering event for the law of binding state action. The common core of these doctrines is that certain representations made by a state can in the future have a binding effect on that state. It is clear that, at a minimum, representations made by heads of state and senior government officials with a responsibility for foreign affairs can have this effect. It is also clear, however, that representations made by lower level government officials operating outside their sphere of competence will not have this effect. Thus, the operative question becomes whether issuance of a passport is more like a representation by a senior government officer operating in his or her area of competence or more like a representation by a lower level official acting outside of his or her authority.”

Suffice to say the Government of Jamaica has been engaged in “soft” denationalization of Jamaicans with dual citizenship. Prior to December 2015, I could fly on a one-way ticket to Jamaica using my Canadian Passport, since page 1, clearly states that I was born in Jamaica and a dual Citizen under the British Commonwealth Agreement. In January 2016 tried to purchase a one-way ticket and was refused on the basis of my Canadian Passport. The ticket agent for Air Canada demanded a government of Jamaica documentation or ID and fortunately, I had a Social Insurance Card Issued by the Government.

In recent initiatives recommended by the Economic Growth Council (EGC) appointed by Prime Minister Holdness contains proposals to amend the Immigration Act to the effect; “Amend the Immigration Act to facilitate the issuance of a special “Global Jamaican” Immigration Card for members of the Jamaican Diaspora. This is similar to what several countries have done for their Diaspora populations who no longer have their home country citizenship. All persons born in Jamaica or of Jamaican parentage or heritage would be eligible to hold the card and would provide all the benefits of Jamaican passport holders (except the right to vote), and allows the cardholders the right to stay for an extended period in Jamaica. The purpose would be to encourage the Diaspora to return, get involved, and invest in Jamaica.” –EGC

“Minister of Foreign Affairs and Foreign Trade Senator Kamina Johnson Smith has said that the Government is looking to amend the Immigration Act to give overseas Jamaicans certain benefits akin to holders of a Jamaican passport. …She said the move was proposed by the Economic Growth Council (EGC) in response to the concerns of overseas Jamaicans about the hassles they often face when they come home to do business.”

However, this reason is questionable in light of what appears to be a rebuttal of the government’s plan to issues a Global Immigrant Card for the Jamaicans (Diaspora) overseas by the opposition leader. “I believe it is also appropriate now that we have Jamaican immigration recognize the fact of dual nationality on the part of Jamaicans; most passports record where you were born. And when the Jamaican of dual nationality comes in they should be recognized as being Jamaican and be treated as an accepted part of the Jamaican community.”-Dr.Peter Phillips 2017.  He called for the current JLP government to give Jamaicans living in US more privileges.

The failure of the Jamaican Diaspora to organized politically outside of the Government controlled “Diaspora Advisory Board” has allowed the false narrative of an uncaring Diaspora to take hold in some quarters of the Jamaican population. This too may well be the beginning of the process of soft denationalization of Jamaicans Living Overseas by socializing locals to think we all are “runaways” and wanting privileges while refusing to invest in Jamaica. Clearly, it is divide and rule so local Jamaicans would not support the Jamaican Diaspora rights to Vote or any demand for the same privileges afforded to Chinese Investors.

It is very important that we in the Diaspora unite and say “No” to the Lee-Chin’s Global Immigration Card it could be the beginning of some form of social or ethnic “gentrification” by weakening the bond between Jamaicans at home and those living overseas. Unity is strength demand the vote.