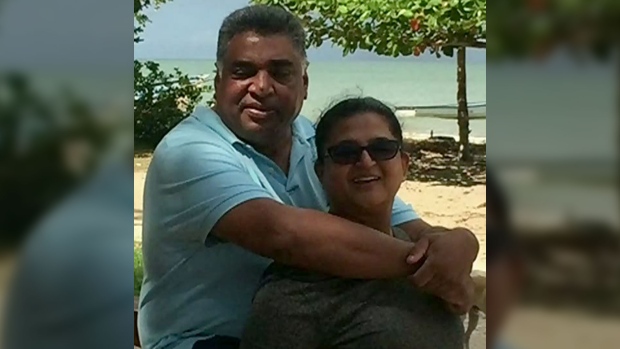 We share in the grief of that Ontario, Canada family who has lost their loved one in Trinidad under tragic circumstances. Such tragic separations are never easy to come to grips with.

We do not have the details but any homicide is one too many. We cannot overstress the need for everyone to take personal responsibility for their security.  In small island States like anywhere else, where murders can occur … unfortunately they can spoil a long sought after vacation.

Attacks on tourists is rare.

Murder of tourists in the Caribbean is rare although our crime rate per thousand is unacceptably high. We offer our sympathy. Gang members killing gang members and domestic disputes account for 80 percent of our regions’ homicides. Motor vehicle accidents by bike drivers not wearing helmets score some 40 percent or higher in road facilities.

A female believed to be Canadian was found with her troath slashed recently in Anchovy, St. James, about ten miles outside Montego Bay.  Motive is not immediately known.  Stabbing someone is usually classified as personal attack and usually happens when people know each other. We have no evidence that the killer knew his or her victim. Eighty percent of homicides in Jamaica is by the gun.

A massive cashe of arms destined for St. James Parish, Jamaica W I. was announced intercepted and seized in Miami, Florida yesterday December 6, 2017.  There were 4 rifles 119 hand guns and hundred of rounds of ammunition.  Who would be investing in so much ammunition?  Was the question asked by Hon. Robert Montaque yesterday in an interview monitored by Vision’s SIC. The National Security Minister made the chilling disclosure yesterday, he further stated that it was November 11 that the shipment in two blue barrels was discovered in a routine inspection in Florida by border agents. The shipment was marked “Personal effects”.

So far some 300 homicides have been recorded in St. James this year.  Less than zero point one (0.1) percent is on tourists.

It is our perspective such a find sends shivers down the spine as potential for misuse of these weapons if they get in the wrong hands, is highly probable. We need tighter border control to stem the flow of guns coming into the Caribbean region from NORTH AMERICA in particular. We do not manufacture guns in this region.

Again we grieve with family and friends of slain Canadian tourist killed in Trinidad.