Perspective; Serious Attack On Journalism & Freedom Of The Press in Ja … 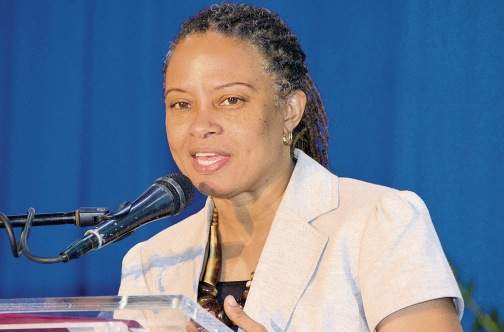 The so called Data Protection Act being examined in a Joint-Select Committee of parliament could prove to be a death knell to journalists especially those like ourselves who engage in investigative journalism.  All has to happen is for the Data Commissioner for their own reason (s) to deem a story or impending source of information or data to be so damaging to a Data Subject to have such a publication not see the light of day.  Before a judge/court would have to” get involved before such a story could be blocked.  The court would invariably not stop such a publication but the aggrieved party (s) could seek redress under our already stringent Deformation Act. This Data Protection Act rubbishes that freedom.

The soon to be debated Data Protection Act has the potential to be a source of  “serious attack” on the journalistic profession and by extension Press Freedom.

The Press Association Of Jamaica, through their president Dionne Jackson Miller has come out swinging against this newly proposed piece of legislation. Jackson Miller, herself a Lawyer argued her case before the Joint-Select Committee last week. She was scathing in her assault on the 114 page Data Protection Act.  She said inter Alia “The language is so convoluted that even lawyers could find it difficult to navigate its pages.” She notes that  “There are some exemptions in the proposed Data Protection Act in Section 37. However, there are other sections of the said Act of 114 pages that does have a retarding effect on the work of journalists.”  This was in essence the main arguments the PAJ president had as she spoke on the “Front Page”  a popular morning magazine programme aired today Monday February 26, 2018 on “This Morning” in Jamaica and monitored by Vision Newspaper Canada.

“The Act gives the Minister (Dr. Andrew Wheatley) and the Data Commissioner considerable power”.  Asserts Jackson Miller.   There is the potential for political interference in the media.  Sections 15 &16 calls for the registration of persons transmitting data eg. Journalists It also calls for a Data Controller.

A data subject with deep pockets who is so distressed by your finding and possibly impending publication is allowed under the act ie the Data Subject to use their money to block a piece of data from seeing the light of day.

The very journalism already has restrictions.  There is the very restrictice deformation act that can be used against the journalist.

This body looks at issues that could affect the media owners. They advocate for their members and will tomorrow February 27, 2018 be making submissions before the Joint-Select Committee of parliament on the proposed Data Protection Act. We await their submission with bated breath.

Successive governments in Jamaica and elsewhere seem hell-bent on tampering with press freedom.  What are their real motivations we will never know.  They seem to be not been able to appreciate the fact that a free press is crucial for a functioning democracy. Despots hate press freedom.