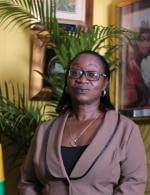 In a move that seems to be fast becoming common place these days, another PNP Councillor has crossed the floor to the JLP.  About six months ago it was in the Kingston & St. Andrew Municipal Corporation that PNP’s Kari Douglas jumped ship, defecting to the JLP. Now in the troubled Manchester Municipal Corporation another Councillor has crossed the floor. Her name is Faith Sampson Nickle, who represents the John’s Hall Division in Parish of Manchester.

This is a significant move and comes close on the heels of a corruption conviction in the Manchester Municipal Corporation in which there was a fraud of $400 million dollars. Five members of the administrative staff have been convicted for fraud. One Sanjay Elliott has been fingered as the mastermind of an elaborate scheme to defraud the taxpayers of Manchester Parish, Jamaica.

On a related matter two PNP Councillors in the St. James’ Municipal Corporation were expelled within the last month for failure to attend meetings without apologies for their absences. 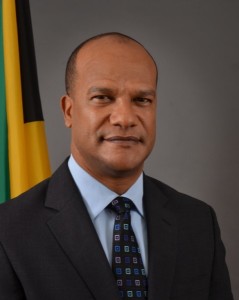 MP, Peter Bunting, who has overall political responsibility as the PNP’s standard bearer in the Parish for the Manchester Municipal Corporation, has been deafeningly silent on this defection. It weakens his political support. You will recall that Rhoda Moy Crawford, who is the JLP Caretaker representative now being featured in Vision Newspaper, has been campaigning to replace Peter Bunting as MP. Ms. Crawford’s prospects have gotten a great boost by this defection. Parish Council divisions make up a Municipal Corporation and ultimately elect a MP.

Julian Robinson General Secretary of the PNP as he reacted to Faith Nickle’s defection.

“People do not leave a party like that …. they need to feel appreciated”

They say rats leave a sinking ship. Animals have that sixth sense when disaster looms. Long before most other living beings when things are going to collapse. Scientists tell us they run to higher ground before say a flood. Recent defections and even the two expulsions in the St. James Municipal Corporation of two PNP councillors tell the true picture of the dismal state of affairs within the People’s National Party (PNP). under Dr. Peter Phillips’ leadership.

We expect more defections from the PNP, and will be here, with God’s grace, to record those events.