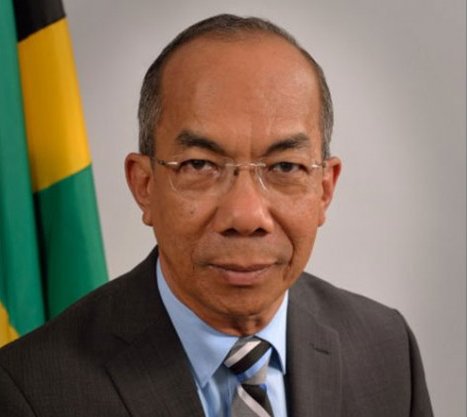 Minister without Portfolio in the Ministry of Economic Growth and Job Creation, the Hon. Dr. Horace Chang, says breadfruit is a viable and underutilised product that could easily have an impact on the export market.

Dr. Chang, who was giving the main address at the 36th annual Montpelier Agricultural Show in St. James on April 17, added that there are also a number of other products that are widely popular but rarely find themselves on the supermarket shelves.

“Speaking on behalf of the Government, one of the challenges we face is to identify a number of these products and to ensure that we can commercialise them,” the Minister noted.

Dr. Chang pointed out that breadfruit makes a very tasty combination with various types of meat and could conceivably do very well in the overseas markets.

“Breadfruit is good-quality carbohydrate… which we produce in volume and could be packaged and go to the supermarket shelves. It can also be an import substitute that can bring income to our farmers… both on the local and overseas markets,” the Minister said.

Meanwhile, Dr. Chang said the Government has been initiating a number of policies that should be beneficial in the quest for economic growth, noting that the agricultural sector remains a top priority.

“The Ministry of Agriculture is now associated with the Ministry of Industry and Commerce, which means they are now right beside each other, and which is the way it should be,” Dr. Chang added.

“It means that agro-processing, marketing and commercialisation now come under one window,” he noted.

Dr. Chang said he has seen the tremendous strides being made in agriculture to where something like “the backyard pepper sauce” is now creating waves on the global market and where pepper farmers are starting to see some meaningful returns on their investments.

He added that the Government is keen on doing its part to assist and to unleash the creative spirit that is so prevalent throughout the sector, noting that when agriculture succeeds, the entire country benefits.