Jamaica scores twice in 1st half, beats favoured US 2 1 in Gold Cup semifinals 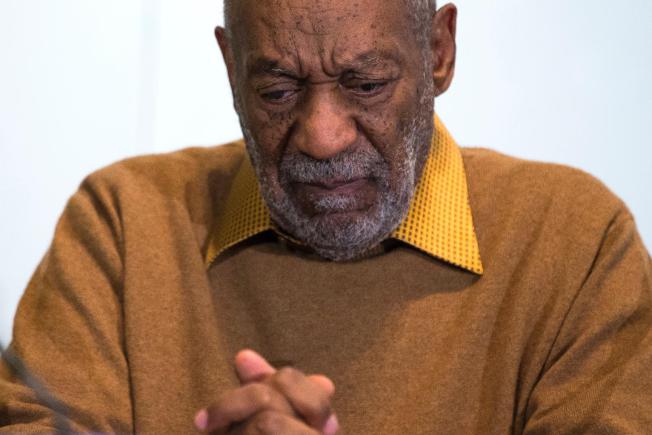 WASHINGTON _ As the Smithsonian Institution continues to stand behind an exhibition featuring Bill Cosby’s art collection, the public has begun weighing in and appears to be sharply divided over the display, based on dozens of emails and comments left at the museum.

The protests come in the wake of revelations Cosby admitted under oath that he obtained drugs to give to women with whom he wanted to have sex.

More than two dozen observers have called on the Smithsonian by email this month to dismantle the exhibit, citing rape allegations against Cosby. Meanwhile, visitors at the exhibit itself have left almost all positive messages in 74 pages of a comment book, praising the artwork despite Cosby’s troubles.

The Smithsonian released 35 email messages it received in July, after a request by The Associated Press. Of those, at least 30 messages call for the National Museum of African Art to take down its “Conversations” exhibition featuring Cosby’s African-American art collection paired with African art. Some thanked the Smithsonian for keeping the exhibit on view.

Online, it was different. Public comments by email ranged from polite protests to angry questions over how the Smithsonian could support Cosby by showcasing his collection. A few threatened to boycott the museum complex, cancel their memberships or withhold future donations.

“By continuing to display any works of art of, by, through Bill Cosby demonstrates and shows how the Smithsonian Institute feels about women,” one person wrote. “We will no longer be supporters of The Smithsonian.”

Names of those who emailed comments were redacted as a condition of their release to the AP.

One writer called the continuing exhibition “sad and pathetic,” while another called it “disgusting.”

Some said the Smithsonian’s decision to stand by the exhibit on its artistic merits serves as a tribute to Cosby.

“The truth is that the Smithsonian cannot separate the art that they (are) exhibiting from the fact that for decades Bill Cosby used his most prominent position in the arts to drug and rape untold numbers of women and girls who were themselves trying to climb that difficult ladder in the arts,” another commenter wrote.

Some called on the Smithsonian to consider Cosby’s alleged victims and the message conveyed by giving Cosby’s art a prominent venue. They said keeping the exhibit damages the Smithsonian.

“He admitted under oath to drugging women,” one person wrote. “I have three daughters, and I think this act is unforgivable.”

Messages began rolling in after the AP reported recently about why the Smithsonian was keeping the exhibit, which was funded by Bill and Camille Cosby, and after the Smithsonian posted a disclaimer online and in the museum saying it does not condone Cosby’s alleged behaviour.

“Our current exhibition,” the museum wrote, “is fundamentally about the artworks and the artists who created them, not the owners of the collections.”

Museum experts and scholars have said taking an exhibit down would trample on the curatorial integrity and academic freedom behind the creation of such exhibits. The Smithsonian has been accused of censorship for changing exhibits under pressure in the past.

Visitors to the “Conversations” exhibit seem to agree, based on numerous comments in a guest book outside the exhibit.

“Thank you for standing by the decision to exhibit and show this outstanding collection,” wrote visitor Aaro Jean Bell Reid. “We should remember that the real man behind this collection is (art scholar) David Driskell. Cosby only wrote the checks.”

Driskell advised the Cosbys on building their art collection over several decades. The collection features many paintings and sculptures by significant African-American artists, and most of the pieces have never been shown in public before.

“Art is art. This is something worth seeing,” one visitor wrote in a comment signed MC. “I’m glad the Smithsonian had the guts to keep the Cosby collection. Bravo!”

Some see a distinction between the art and the celebrity who collected the pieces.

“Beautiful, inspiring art and pairings. Perhaps when the exhibit is over, Bill Cosby can descend to the lower levels of hell,” one visitor wrote in a comment signed JS, Boston.

In the art gallery Wednesday, many young visitors streamed through with camp or school groups, seemingly oblivious to the controversy as they browsed through the art collection.

At the same time, art lover George Bierlin, a retiree from Palm Beach Gardens, Florida, who spends part of the year in southern Maryland, sat down for a longer gaze at some of Cosby’s family quilts and other artworks on the walls.

“Had they decided to pull it down, that would have been the ultimate caving to political correctness,” Bierlin said. “To me, if you can’t separate the art from the collector and the artist, then gee, I guess I should never see a Roman Polanski movie. … Cosby is today’s villain. But should the Metropolitan Museum of Art in New York close because it was funded by basically the robber barons?”

Ellen Bierlin, his wife, agreed, saying Cosby’s controversy doesn’t have anything to do with notable artworks the public hasn’t been able to see before.

“One thing doesn’t have anything to do with the other,” she said. “I’m not agreeing with what he did or whatever, but that’s that and this is this.”