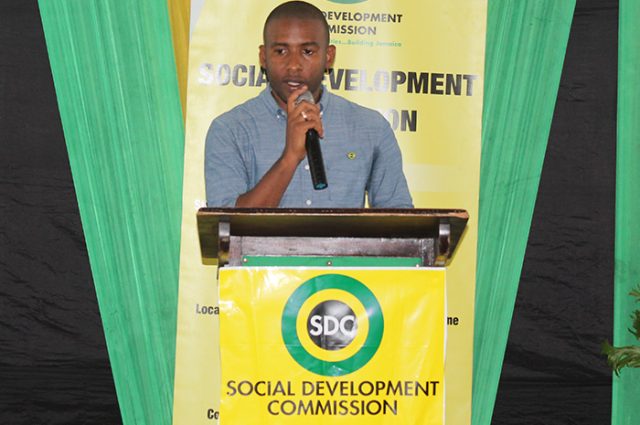 The Social Development Commission (SDC) will be hosting a Creative Arts and Skills Festival, dubbed ‘CASfest’, on Friday, March 10, at the Claude Stewart Park in Port Maria, St. Mary.

The festival aims to provide an opportunity for residents of the town and wider parish to showcase their entrepreneurial creativity and innovation.

It allows micro-entrepreneurs to show off their ‘enterprise’, which it is anticipated will spur economic growth and job creation at the community level.

The SDC’s Parish Manager for St. Mary, Travis Graham, told JIS News that CASfest is an excellent opportunity for the residents to realise their hidden potential and take the next step towards materialising entrepreneurship.

“This Creative Arts and Skills Festival is being put on to say to people if you have a talent, you can come and learn how you can transform that talent into a business or to generate an income,” he said.

Mr. Graham advised that the SDC was targeting all community groups in St. Mary that have business activities going or want to develop a resource they have identified.

These, he further stated, include fifth- and sixth-form high-school groups, as the SDC wants to instil and develop the entrepreneurial spirit in young adults from an early age.

Mr. Graham noted that over the years, a multitude of talent in the arts has emerged from St. Mary, so it was natural to target this engagement, which will be included in the festival’s activities, as a prospective business venture.

He pointed out that some of Jamaica’s biggest reggae and dancehall artistes have come out of St. Mary, in addition to a lot of creative thinkers.

In this regard, he said CASfest was a uniquely structured tool, capable of heightening the knowledge base of stakeholders involved in the arts.

“We will be having (workshops on the) creative arts, filmmaking, digital music and publishing, theatre and drama, creative cooking, make-up and design, and poetry. But it’s not just about talent; the facilitators will first look at the talent then at income-generating possibilities in all the areas,” he outlined.

During the 2016/17 fiscal year, more than 320 local businesses were created under the LEDSP, with a value of J$657 million. More than 1,800 full-time, part-time and seasonal jobs were also created and 32 business fairs or expositions held. These fairs were aimed at facilitating marketing for micro-entrepreneurs.

Additionally, $32 million in funding support was approved for several project proposals; a further 100 projects, valued over $193 million dollars, have been submitted.

As an added attraction, several competitions are being planned for the event. They include hairdressing and cosmetology, make-up design, furniture making, and group dance. Patrons and participants will also be treated to live entertainment.

Mr. Graham pointed out that the workshops and competitions aim to showcase that “if you can ‘canerow’ hair, you can actually turn it into a viable business”.